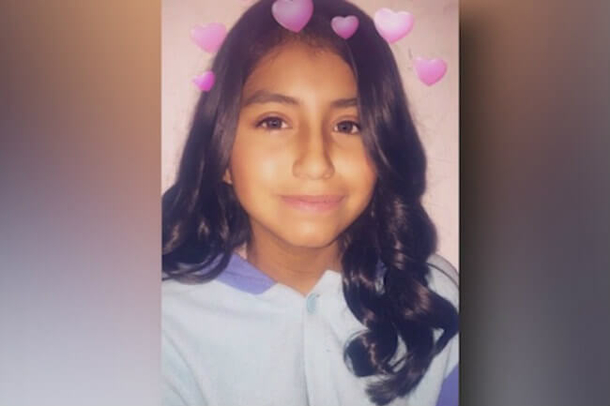 After bullies torment her relentlessly, 13-year-old Rosalie Avila hangs herself. But the bullies don’t stop even then.

The parents of 13-year-old Rosalie Avila are in mourning today as they prepare to take their daughter off life support. The California teen, who was bullied at school and online via social media, hung herself last week and left a note for her father to find, saying as Fox 11 news reports, that “she couldn’t take being bullied anymore.”

Her parents say that they reported Rosalie’s bullying to that her school but that nothing was done about it. After seeing what happened after Rosalie hung herself I am inclined to believe them.

You see, her social media bullies did not stop after she was on life-support, lying in the hospital with only machines keeping her alive.

Rather, they kept at it, posting a meme of her to Instagram with a picture of her near an open grave and a very chilling caption. It is so cruel that I cannot bring myself to repost it here, but you can see it in the news video below if you wish.

I’ll be honest: the fact that children were able to make this cruel meme of Rosalie after she hung herself due to bullying made me literally sick to my stomach. I cannot imagine the pain her parents had to go through seeing that image of her daughter after she had taken her own life.

It’s so heartless, so mean to do that. And it’s not funny, it’s not funny to see that image of your daughter and to be mocked like she’s crap and she’s not. That’s my daughter,” says Rosalie’s mom Charlene. “The things that they post on social media about my daughter is unacceptable. The people that liked it and fed into it… it’s painful and it makes me angry to know that they have no heart,” she added.

The Avilas are encouraging other parents to not only report bullying that be even more proactive than they were. “You don’t want to be in my shoes dealing with this and trying to figure out where your daughter is going to be buried,” Charlene says.

If you read anything I’ve written on the subject before, you know I will go one step further and beg you to keep your kids off social media until they are much older. Studies are beginning to show how bad social media is for our kids’ mental health, Not to mention if there is bullying or cruelty involved social media has the potential to magnify it by hundreds of thousands of times by putting it on display for so many to see.

Let me reiterate again with Rosalie’s mom said, Is almost the exact same thing that another bullied and deceased child, Mallory Grossman’s mom said a few weeks back: you do not want to be in her shoes burying your child.
Please, keep your kids off social media. And teach them to be KIND to others. Before it’s too late.