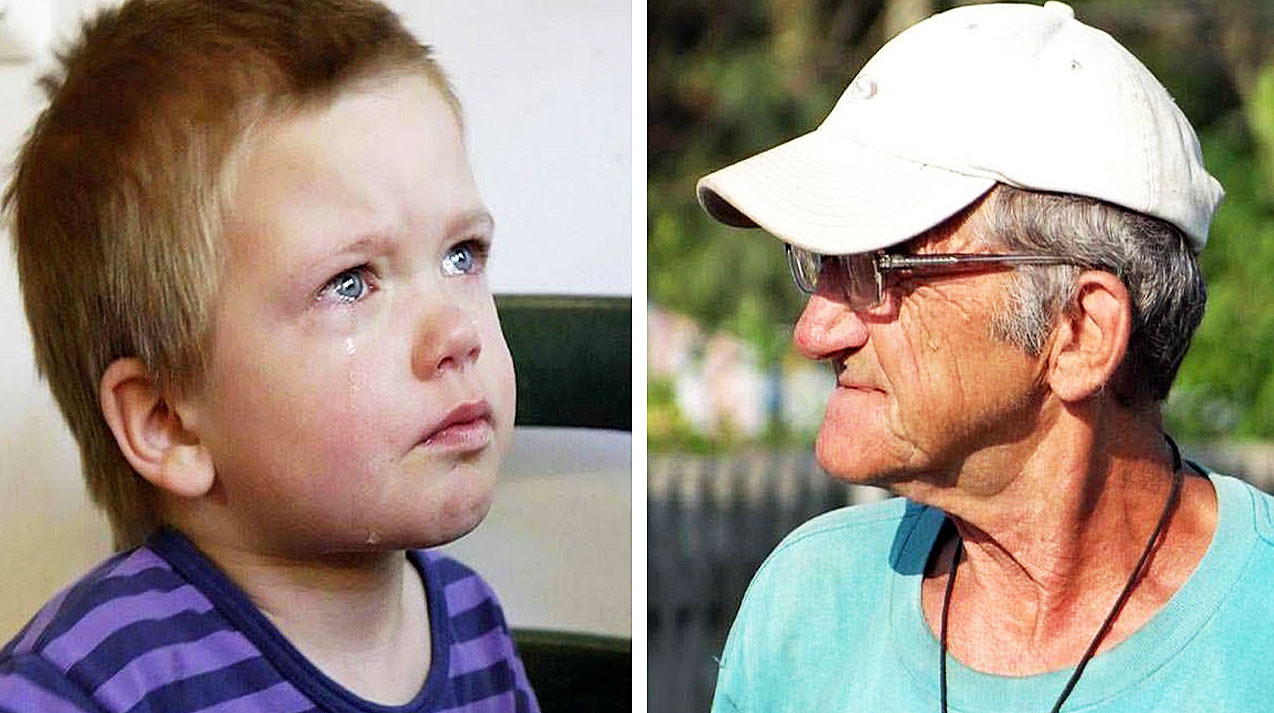 Going to the store with a young child can be very stressful.  While many kids are oftentimes well-behaved for the most part, everyone has their moments.  Sometimes younger children become restless and act up, which seems to be especially true while out grocery shopping.  There is so much to do and see at the supermarket that they get easily wound up and excited. They wander off, run around, grab food they want and throw noisy tantrums if they don’t get their way.

Such was the case when one man stopped off at the supermarket with his 3 year old grandson to pick up some groceries.  The young boy who was acting very bratty, crying and screaming as they made their way up and down the aisles. When they passed by the candy section the boy grabbed all sorts of chocolates and demanded that he be allowed a treat.  In the cereal aisle the boy cried over all the sugary cereals he wanted, but his grandfather told him he could not have any.

While the pair were perusing the aisles a fellow shopper happened to be nearby them the whole time.  She couldn’t believe the way in which the older man was handling his grandson, he was so calm and composed, and kept saying “Easy William, we won’t be long.  Easy boy.” Most parents or adults would have eventually lost it and grown fed up with the kid, but not this man.

When they went to check out the little boy spotted all the candy bars and sodas near the register and of course he demanded some.  After hearing that he couldn’t get any, his behavior worsened, and he began throwing things out of the cart. The man simply told the boy to take it easy in a calm, relaxed tone and paid for his things.  Everyone nearby could not believe that he wasn’t disciplining the screaming child as they stared on in disbelief.

Once the man and his grandson got outside, the child seemed to immediately calm down a bit.  The woman who had been behind them the whole time passed by in the parking lot while the grandfather was loading his groceries in the car and felt that she had to say something.  She went up to the man and said that while she knew it wasn’t any of her business, she was impressed with how calm he was able to stay. Then she said that William was very lucky to have a grandfather like him who could remain so cool and composed.

Upon hearing this, the older man started to laugh, which baffled the woman.  When he finally stopped laughing, he thanked the woman and told her that his name was William, the little boy’s name was actually Kevin.  It turned out that he had been telling himself to keep calm and that it would all be over soon while Kevin threw his noisy tantrum. He explained that he needed to tell himself this as a reminder that home sweet home was within reach and then he’d no longer have to deal with the bratty kid because his parents would take care of him.

The woman burst out laughing once she heard this and told the grandfather that even though he had been talking to himself, she was nonetheless still impressed at how calm he’d been throughout the whole thing!