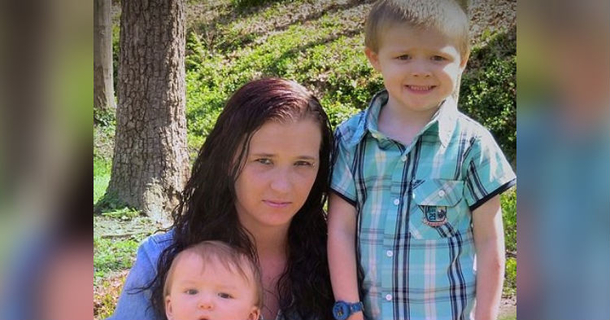 Little children are naturally curious and excited about everything that is new. Just last night, I was taking my four-month-old daughter on a walk and she kept looking about in every direction. The trees, the buildings, the sky all mesmerized her as she turned her head about looking to and fro. But curiosity is not always safe.

It may have been the reason a four-year-old Kentucky boy lost his life. After going through his family’s spice cabinet, he found cinnamon and inhaled it. He was climbing on the counter and found the cinnamon powder and thought it smelled good. Then he took a very big whiff and got it into his body. He started choking and collapsed shortly after while in his mother’s Richmond, Kentucky apartment.
The little boy, Matthew Rader, was rushed to the hospital.

But it was too late. He was officially declared dead about 90 minutes later.
His mother, Brianna, is still reeling in shock. And she is hoping to spread Matthew’s story to others to prevent it from happening to other young kids.

Why? Because the internet is getting hot for the new Cinnamon Challenge. And if Matthew’s story is any evidence, this challenge could be very deadly.

“He was completely healthy – no problems,” the mother of two said. “He started choking. It was like he was having a seizure and just collapsed.”

Brianna found her son in a seizure-like state. She freaked out but was able to transport him to the Baptist Health Medical Center. But they could do nothing to stop the cinnamon from killing him.

The child’s death was ruled accidental. The cinnamon powder had gotten into his lungs. The coroner said that if inhaled, cinnamon can cause asphyxiation.

Brianna worries that more children will die now that the Cinnamon Challenge has gone viral. This challenge encourages people to swallow as much ground cinnamon as possible without drinking any liquids. The prank first went viral back in 2011 where more and more people on social media started trying it.

Doctors claim the prank is dangerous. Cinnamon pieces could get stuck in the windpipe and the lungs. This would likely cause inflammation and possibly choking.

Brianna’s message is more direct than the doctors.
“Cinnamon can kill,” she said. “All these kids, they don’t think about the fact it can hurt them.”
Brianna wrote a heartfelt Facebook post after he son’s passing.

“I can’t express how grateful I am for all the amazing support we have right now. And each and every one of you are amazing,” the post from June 4 read. “Matty man’s story made the Lex 18 news and now CNN wants to share it nationwide. That helps ease my breaking heart just a little to think that just maybe my baby’s story can save even just one child’s life. My Matty was definitely loved by many and he loved everyone. Fly high baby boy we love you more than words could ever explain. And we miss you so much it hurts. R.I.P my sweet little angel.”
Please SHARE THIS STORY with a friend online today! It could save a life…