A California mother who was convicted of murdering her son was sentenced to death for her crimes on May 1.Belinda Magana, 29, stood accused of beating and denying medical care for her son, Malachi Magana, after he had been scalded with hot water. Malachi was 2 years old when he died.

Also sentenced to death was Naresh Narine, 43, who was Magana’s then-boyfriend.While the murder occurred in 2009, the two were found guilty of their crimes, including first-degree murder, torture and child abuse, in January.
Sentencing the two was Riverside County Superior Court Judge Bernard Schwartz, who recommended they receive separate juries in their trials.

Judge Schwartz called their actions “repulsive and disgusting.” He also noted that Malachi would have been 7 or 8 if he was alive.
“He would have been in school, playing with friends, getting ready for summer vacation,” Schwartz said.

Belinda has refused to admit her guilt in the crime, saying before the judge announced the sentence: “I just wanted to say to my family and everybody else that I’m truly sorry for the part that I did. Regardless of what anybody said, I didn’t kill my son.” Narine chose not to speak at his sentencing hearing.

According to reports, the child was burned in the shower and did not receive any medical attention other than some ointment his mother applied. 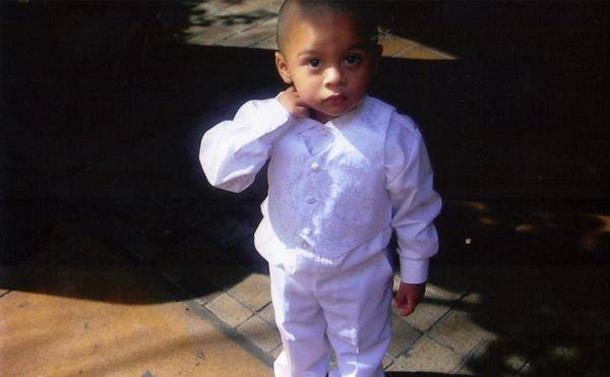 They both admitted to beating the child when he began crying out. His cause of death was later determined to be due to blunt force trauma to the head as well as complications due to his scalding burns.

When the child died, the couple reportedly buried him in a shallow grave in San Bernardino County.
After reporting their child missing to police, Belinda admitted her crime and brought officials to her son’s grave.