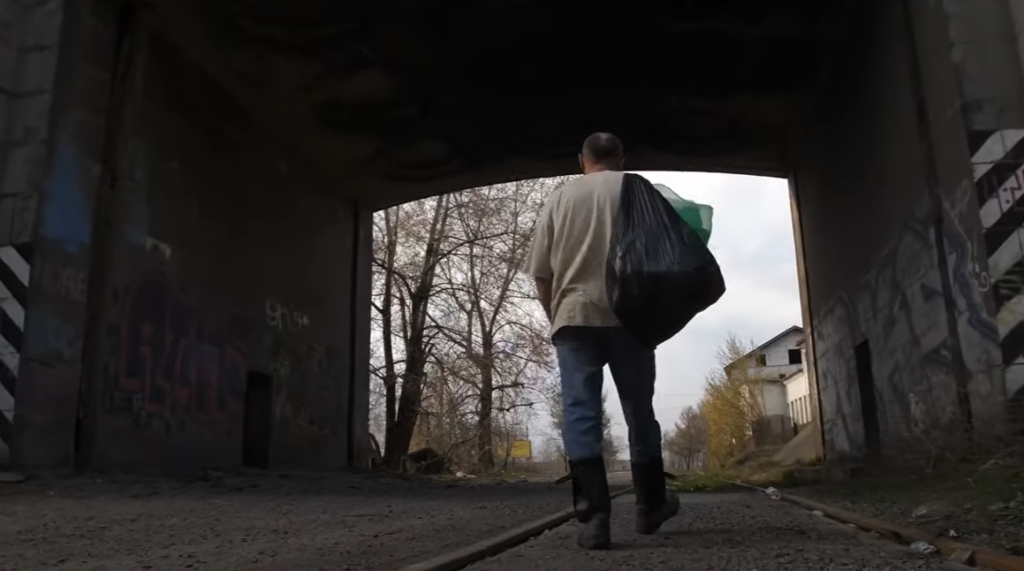 For three years, a homeless man sat on the same street corner in Webster, Texas. Whatever the weather, you could find him in the same place whether the sun was scorching or the rain was pouring down. Someone needs to do something about that guy. Locals used to grumble as they drove past asked, but no one ever took the time out to find out why. The man was sitting in the same spot day after day until a woman named Ginger Sprouse stopped and rolled down her window.

She learned that the homeless guy had a name. His name was Victor Hubbard, and he was 32 years old. Most people correctly assumed Victor was homeless, but few knew that he also suffered from mental illness. Ginger asked Victor why he was always in the same corner, and Victor’s answer would change both of their lives forever. Ginger Sprouse is a wife and mother who lives in Webster, Texas.

She and her husband, Dean, run a cooking school called Art of the Meal. Like most of Webster’s residents, Ginger had noticed a homeless man at one of the city’s intersections. Rain or shine, the guy sat in the same spot every day for three years. Someone needs to do something about that guy, ginger heard her friend scrambling. One day, Ginger drove up to the homeless van, rolled out her car windows, and started talking to him.

It was then that she learned the heartbreaking reason why Victor was sitting at the same quarter for three years. Victor Hubbard is 32 years old. He struggles with mental illness and has been on his own since his mother abandoned him three years ago. That street corner is the last place Victor saw his mother, and no one has seen her since. Victor waited there for three years in the hopes that she would return for him.

When she heard his story, Ginger felt an immediate bond with Victor, and as the season changed from autumn to winter, Ginger worried about Victor’s health out there in the cold. She began visiting Victor on her lunch breaks. After a while, Jinger and her husband agreed that Victor could come to their house whenever he wanted to escape the cold and get some food. But Jinger’s kindness didn’t stop there. During the next three months, she helped Victor get psychiatric treatment, then got him off the streets, and she gave him a job at a restaurant.

Ginger documented Victor’s life and story on a Facebook page called this Is Victor. The page quickly gained thousands of followers. Many people were affected by Victor’s life story and supported him in various ways. Soon, the whole city got behind the man they’d driven past. For three years, people donated clothing and supplies, and they collected money to cover Victor’s doctor visits and eye exams.

People from all over the United States came together and donated what they could on GoFundMe. Victor put on much-needed weight and could finally see clearly in more ways than one. But most important of all by telling Victor’s story, people across the United States have become aware that people that they might regard as a disturbance are actually decent people struggling to survive in this world. After this success story spread around the world, ginger was put in contact with Victor’s uncle. He lives on the other side of Texas and drove straight to Webster when he read the news.

Recently, Victor was reunited with his mother. I got to talk to her and I really feel like I accomplished something, Victor told KHOU news. None of this would have been possible without ginger. She came around and she kind of saved me. It’s like Grace, says Victor.

Even ginger has had an eye-opener. Seeing Victor’s incredible journey, the guy just inspires me. If he can be kind, gracious, and joyful, so can I. She says. Sometimes it only takes a friendly and committed person to start an amazing chain of positive events.

I was deeply touched when I heard the success story and I really hope that it will inspire others to care about those who might not have it so easy.