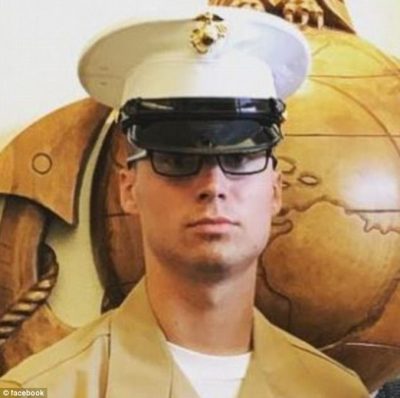 It’s every student’s dream to walk on stage at their graduation and achieving awards are just a big plus.

For a young man named Jacob Dalton Stanley, Tuesday, July 2020, would have been like any other ordinary, yet deeply personal, day in his life: that of his high school graduation ceremony with the classmates, parents, and school staff of Crown Point High School all attending and sharing the glory together. 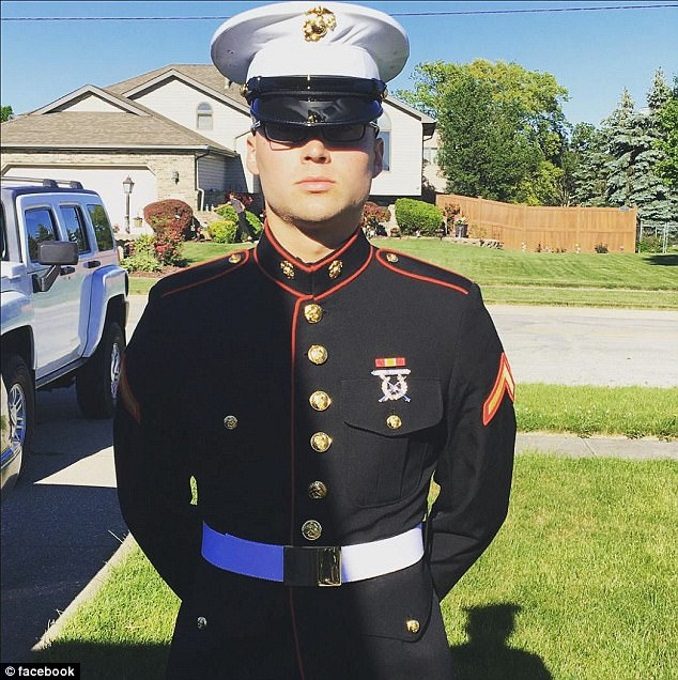 It was a dream for Jacob, a proud Marine enlisted student. Since he was a little boy, he had a desire to serve his nation; he expressed his interest in joining the U.S. The military and dreamed of one day becoming a sergeant, no one anticipated him to carry on his father’s legacy, but he desired to do so.

In order to pursue his passion, Jacob put a lot of effort into his academics and finished his high school requirements months before the time. After finishing his education, he joined the Marines right away. He finished boot camp just in time to catch a flight back to Indiana to celebrate his high school graduation. Little did he know, it wouldn’t go exactly the way he imagined it.

Jacob’s high school sweetheart Shannon was there to welcome him. She and his mother, Kathy, were overjoyed to welcome him back. And when he showed them his Marine Corps uniform, his mother couldn’t have been more proud. She was amazed at what her son had done in such a short period of time. And to top it all off, he was ready to get his high school diploma.

Kathy, Jacob, and Shannon were all thrilled as they made their way to Jacob’s high school, knowing that Jacob’s hard work had finally paid off. Jacob was excited to be presented in front of his friends and family with his diploma — he had earned it. All his life lay in front of him. Nothing can take this away from him, he thought.

Jacob was greeted with congratulations and salutes from friends and teachers.

The anticipation in the air was apparent when students and their parents poured into the stands wearing their gowns and hats. However, the reaction to what Jacob chose to wear to the ceremony would be too much for some.

Chip Pettit, the principal of Crown Point High School, entered the room and tapped his microphone. He fumbled through his notes as he gave his introductory remarks in front of a sea of excited youthful faces. Then he began naming people in alphabetical order. But it wouldn’t take long for both the students and parents to recoil in shock.

When Mr. Pettit reached the S’s, Kathy squeezed Jacob’s hand and grinned up at him. Before everything was okay, he gave his prepared and practiced acceptance speech one last look. He took a step forward and prepared to ascend the platform. However, Mr. Pettit paused just as he had reached the last name on the list.

Mr. Pettit glanced at him smugly as he searched for and pointed out Jacob in the crowd. He continued to the next name on the list without reading Jacob’s name. Jacob’s face dropped in surprise for a split second, and everyone stopped talking. Without a doubt, this was a mistake. Why wasn’t Jacob’s name mentioned?

Jacob showed up there in his full dress blue Marine Corps uniform but was refused the chance to graduate with his classmates since he wasn’t wearing the traditional cap and gown. Jacob looked downcast. He discovered he had offended the principal that very day, but he had not anticipated Mr. Pettit would publicly humiliate him in this way. He had just recently defended his rights as he viewed them. Why did his school take issue with the clothes he wore? And why was he singled out like this?

Stanley, though, had received a warning. Stanley was told by Chip Pettit, the principal of Crown Point High School, that he couldn’t wear his uniform to the ceremony when he took part in the senior class graduation rehearsal earlier that day.

The Principal said, “This practice has served us well as it has allowed the class to show unity by dressing the same, but also allowing for individual accomplishments to be recognized by wearing stoles and chords and this tradition is not intended to be disrespectful to students, parents, or our community, but as a source of pride for our students so it is also not intended to be disrespectful to our students choosing to serve in the military, our active duty servicemen and women and our veterans, and We are forever grateful for the sacrifices that they make on a daily basis for our freedom.”

Despite the principal informing Jacob ahead of time about the dress code, it’s still unruly for a school to implement a heavy dress code as a nearby Hobart High School have allowed Ana Kritikos, a graduate who had also enlisted in the Marine Corps, was permitted to wear her military uniform during commencement ceremonies. Like Stanley, Marine Private First Class Kritikos graduated early so she could enlist. 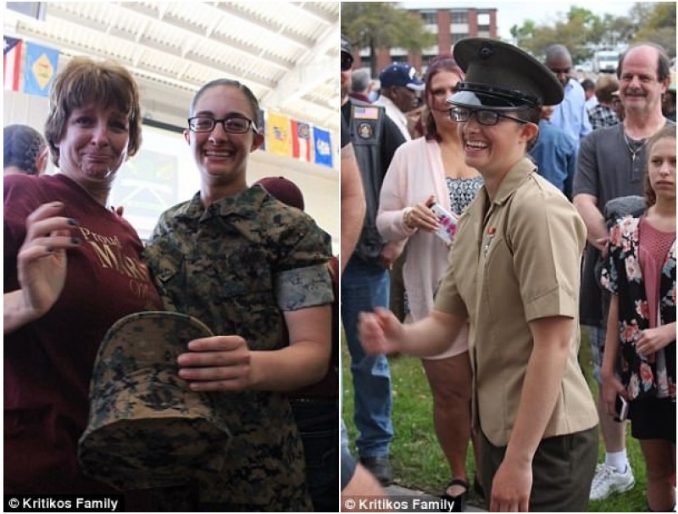 No, tell me what’s the point of having such a rule?

Kritikos had been fully supported by school officials when she stated her desire to wear her uniform as soon as she returned for graduation.

Kritikos said, “They have been absolutely amazing. It is OK with the Marines for us to wear our uniforms at high school graduation and I know the School Board, the principal, and superintendent talked about it and were in agreement that I could wear my Marine uniform.”

Hobart Superintendent Peggy Buffington said that her school goes out of its way to recognize graduates who join the military.

“We recognize audience members and future military in our graduates by having them stand. It is always a very special and patriotic moment where the audience roars with applause, and this year was especially nice because Ana Kritikos graduated midterm and landed just in time for the graduation ceremony.” Buffington said.

“We did recognize her and the achievements she has made in the Marines, already,“She is a Private 1st Class Military Occupation Specialist. She is currently serving in Virginia in their specialist class involved with intelligence and started her training in January. We are extremely proud of her accomplishments.” Buffington added. 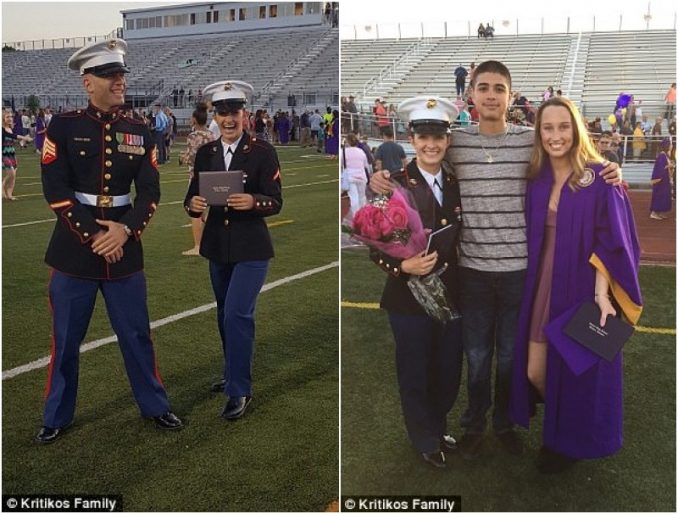 Marine Corps Major Clark Carpenter, US Marine Corps spokesman said, “The Marine Corps does not dictate what specific high schoolers can or cannot graduate in, That decision is up to school leadership.”

By far, the school principal is so selfish.