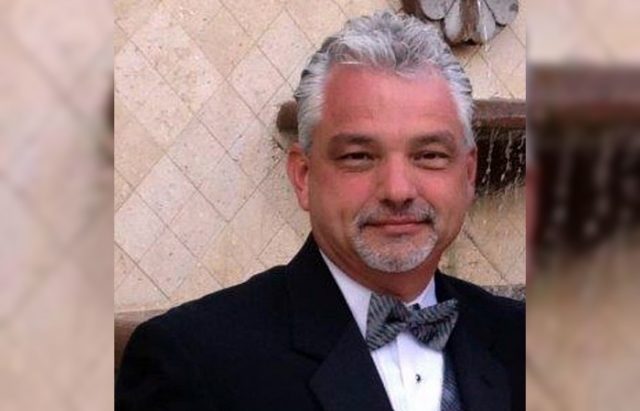 A retired police officer was hassled during his entry at Universal Studios Orlando over a t-shirt indicating his status as a retired cop.

Retired Ormond Beach police officer Vincent Champion recently wanted to visit Universal Studios’ Orlando theme park with his girlfriend. The two of them thought they were going to have a great time. Well, not so much. You see, security refused entrance to Champion because he had the audacity to wear a shirt that said “retired police officer.” It happened on November 1. Champion and his girlfriend, Holly Bickel, were headed to the theme park where they intended to meet up with other couples for Halloween Horror Nights.

“I walk up to the line wearing a retired law enforcement officer shirt,” he explained to Blue Lives Matter afterward. “I start emptying out all my pockets and as I’m about to walk through, the girl behind the security counter says ‘do you have another shirt?’”

The woman at the security checkpoint informed Champion he wasn’t allowed inside the park with anything that said “police officer” on it. He offered to turn his shirt inside out, but that wasn’t satisfactory.

The people in line behind him grew antsy until someone gave him a shirt to change into. Champion switched shirts, thinking that would solve the problem and that he’d be able to enter the park carrying his shirt, but he was denied again. The shirt reads “retired police officer” on the front and “My time in uniform is over but my watch never ends.”

The retired police officer said he was embarrassed by the situation and was simply trying to move on, but when he was told he’d have to put his shirt in his vehicle he asked to speak with a supervisor.

The supervisor explained to Champion that the park had a policy that prohibited guests from wearing police gear because they didn’t want guests to mistake him with “real police or park security.”

More details of this story from Taphaps:

For nearly an hour, the supervisor refused to allow Champion inside the park, repeatedly stating that “we have a policy that you can’t wear any police gear.” When Champion asked to see the policy, the supervisor produced a sign prohibiting gang symbols and vulgar language but nothing about “police gear.”

“I explained that my shirt says I’m a retired police officer – and then I asked, if I see something happening inside the park, like somebody getting beat up or something, you don’t want me to react?” he told Blue Lives Matter.

“And he said that would be okay ‘but we don’t want anybody to confuse you with real police or security,’” Champion said.

Finally, the supervisor permitted Champion to enter, likely because of the growing outrage from other patrons. The supervisor admitted that, since the shirt doesn’t have a badge or the lone word “police,” it should be okay.

“Ultimately, I was allowed in. I think it was because I complained enough and other patrons were yelling at him, he said it would be fine. He looked at my shirt and said ‘well, that doesn’t really look like a badge, so you’re okay,’” Champion explained.

Champion is done with Universal Studios. “I will never return to Universal and I know of two other police families who have already canceled their season passes to that park,” he says.

He is also spreading his story among other police officers (retired and active) to make sure they too know how police-unfriendly the theme park is.