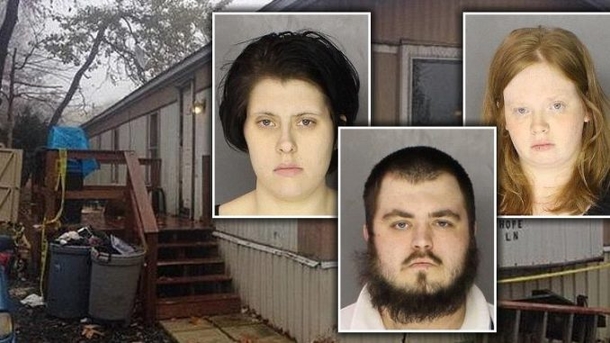 A mother, her live-in boyfriend, and his wife were all facing charges after the disturbing and horrifically heartless thing they did to the woman’s child. The boy’s brother finally exposed exactly what happened, and once you hear what they did to the toddler over the course of three days, the death penalty sounds too kind.

Scotty McMillan of Pennsylvania was just three years old when he met a tragic end at the hands of his own mother Jillian Tait and her 25-year-old boyfriend Gary Fellenbaum, all while Fellenbaum’s wife Amber watched.

After the child suffered days of torture before passing away, the three adults involved, who Chester County District Attorney Tom Hogan said all lived together in a trailer park on Hope Lane in West Caln Township, were arrested for their part in the child’s death. 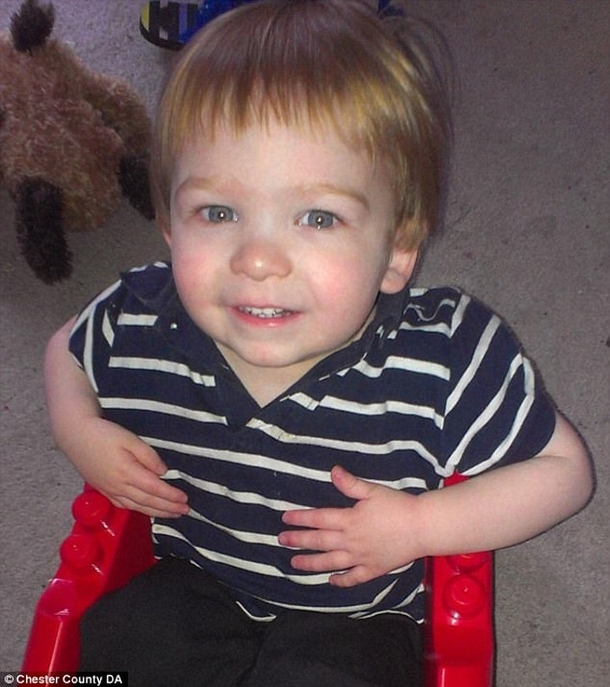 After 911 dispatchers received a phone call for an unresponsive child, EMTs arrived at a horrific scene. Scott McMillan was dead, and his little corpse was littered with bruises, lacerations, and puncture wounds. Fellenbaum and Tait then shockingly confessed to brutally torturing the boy, beating him with “homemade weapons such as a whip, a curtain rod, and an aluminum strip.”

According to police, the couple tied the boy to a chair with electric tape and also strung him up by his heels, where they continued to assault him until he was – as sad as it is to say – graced with death.

Disturbingly, this inhumane treatment of a child all started when little Scotty didn’t want to eat his breakfast. “After having beaten him into an unresponsive state and then put him on an uninflated air mattress, Tait and Fellenbaum went car shopping, bought pizza and engaged in sexual activity as he lay dying, according to officials,” Daily Mail reported.

“Little Scotty McMillan is dead,” DA Hogan said in a public statement. “Over a three day period, he was systematically tortured and beaten to death. He was punched in the face and in the stomach. He was scourged with a homemade whip. He was lashed with a metal rod. He was tied to a chair and beaten. He was tied upside down by his feet and beaten. His head was smashed through a wall.”

Tait admitted that Fellenbaum frequently beat her children, hitting them with a closed fist in the head, chest, and buttocks. She said, on at least one occasion, he strung the boys up by their feet and beat them, while she and Fellenbaum laughed. It was determined that Scotty died of blunt force trauma after suffering days without medical attention for his internal injuries.

Sadly, Tait’s 6-year-old son, who now lives with his adoptive parents, not only suffered the abuse along with Scotty, but he also witnessed his little brother’s death. “Dear Mom,” he wrote in a letter that was read in court at Tait’s sentencing. “You, Gary, and Amber were trapped in a house of torture. The torture was you guys. The victims were me and Scotty. Scotty got killed. I got beaten.” 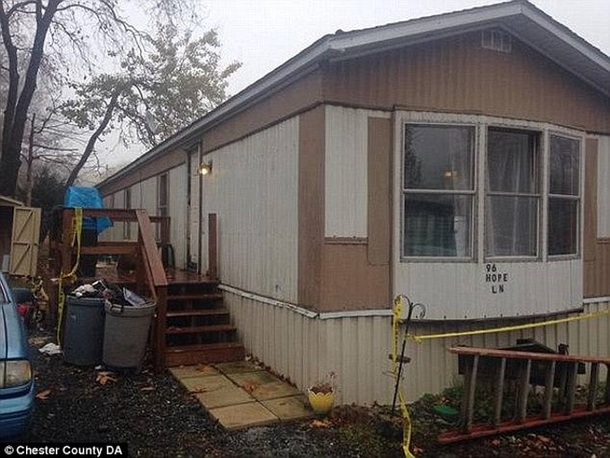 “You are the worst mother I’ve ever known,” the boy continued in the letter which was read aloud as Tait stood listening, weeping in the courtroom. “You just watched us get hurt. I wish you never met Gary. He is really evil. He nearly killed me. You are the reason Scotty got killed,” the toddler’s brave brother added. “I thought parents were supposed to protect us.

Now you are in jail for your time out.”
However, most say Tait’s “time out” is enough. Although the DA was seeking the death penalty, as “punishment for watching her boyfriend beat her young sons regularly and torture them for petty misdoings, helping him at times and never raising a hand to stop the abuse,” Tait was sentenced to 42 to 94 years in a state prison instead, Daily Times-News reports.

Meanwhile, 25-year-old Amber Fellenbaum, who witnessed the abuse and did nothing to stop it, was sentenced to a state prison term of 6½ to 16 years after pleading guilty to two counts each of endangering the welfare of a child and recklessly endangering another person, each count relating to one of Tait’s sons.

Tait avoided the possible death sentence for first-degree murder “when the prosecution allowed her to plead to lesser offenses — third-degree murder, conspiracy to first-degree murder, endangering the welfare of children, simple assault and possession of instruments of crime — in exchange for agreeing to testify against Gary Fellenbaum,” Daily Times-News explained.

However, she never did testify against Fellenbaum. Rather than going to trial, he pleaded guilty to first-degree murder and was sentenced to life in prison plus 10 to 20 years. Luckily, this spared the surviving child from having to testify, and three convictions were obtained, even if Tait did escape the death penalty — a punishment she didn’t mind giving her own 3-year-old son.

Gary Fellenbaum “may very well be a sociopath. But I’m not sure what that makes you. You’re their mother,” the judge told Tait. Sadly, we live in a world of real-life American horror stories as monsters move among us. Mothers are meant to be protectors, but when a woman doesn’t have that basic instinct, that may make her worse than the psychopaths she allows to harm her children.

“I am not sure which child is more unfortunate,” Tait’s oldest son’s adoptive father said, referring to McMillan for having died or his brother for having survived to live with the memory of being tortured. Acknowledging that Tait’s life has “not been attractive,” he added, “life presents us all with challenges that we have to navigate,” pointing out that parents “are responsible for the health and safety of their children.”

He said his adoptive son sometimes recalls the abuse to him. “These are the memories that (he) has. His memories are fear and pain, and confusion as to why he wasn’t protected,” he told Tait in court. “Scotty died alone on a floor, and he watched it and he was alone,” he said. Although Gary Fellenbaum may have inflicted the fatal blows that finally killed McMillan, ultimately the boys’ well-being was Tait’s responsibility. “You should have protected them,” he said. “You protect your children.”