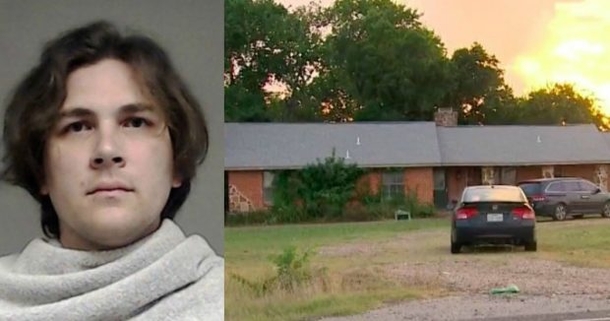 A Texas mother was at work while her unemployed husband was at home with their three kids, trying to correct a mistake he made that killed the couple’s youngest kid. Thinking he could “fix” it, his plan didn’t work out as well as he had hoped, and he couldn’t hide it from his wife for long.

Despite the father being out of work, the kids still go to daycare each day their mom is on the job at a veterinarian clinic in Plano. Michael Thedford reportedly took his 5-year-old and 3-year-old children to the babysitter on Tuesday morning around 9 a.m., but he kept his 6-month-old at home since she was running a fever and he didn’t want to expose the other daycare kids to her virus. After dropping off the older two, he returned home to lay down for a nap.

Four hours later, at about 1 p.m., the father woke up from his lengthy slumber and realized he made a huge mistake. The little girl had been left in the car the entire time since returning from the daycare run after he forgot he didn’t drop her off like he usually does. It was too late by the time he found her, she had cooked in the Texas heat and was unresponsive. That’s when he got desperate with a plan to fix it.

According to WUSA, Thedford pulled her “hot as a brick” body out of the family van and ran into the house horrified at what happened. Instead of calling the police, he put her into the refrigerator “for an undetermined length of time prior to calling 911,” the arrest report stated. This was presumably done in hopes that cooling the hot kid off would bring her back to life. Once he realized it wasn’t working, he pulled her out of the fridge and attempted CPR, while calling his wife and police to report it.

Thedford should have known the fridge wasn’t going to fix the problem, considering he’s a pretty smart guy, having taught introduction to physics and chemistry at Celina High School, as recent as last year. The father was arrested on Tuesday and charged with manslaughter. He has since been released after posting a $20,000 bond.

Perhaps in this dad’s desperation, he tried whatever seemed logical in the frantic moment to reverse her condition, even though in retrospect it doesn’t make much sense. Too many babies are left in hot cars every year, either by accident or ignorance of how dangerous and deadly it is. In Thedford’s case, it was a tragic accident.

People need to slow down and pay attention to what they are doing and make a habit of checking the back seat before getting out of the car. Tragic accidents like this shouldn’t keep happening. Instead of the problem getting better, it seems to be occurring more frequently.