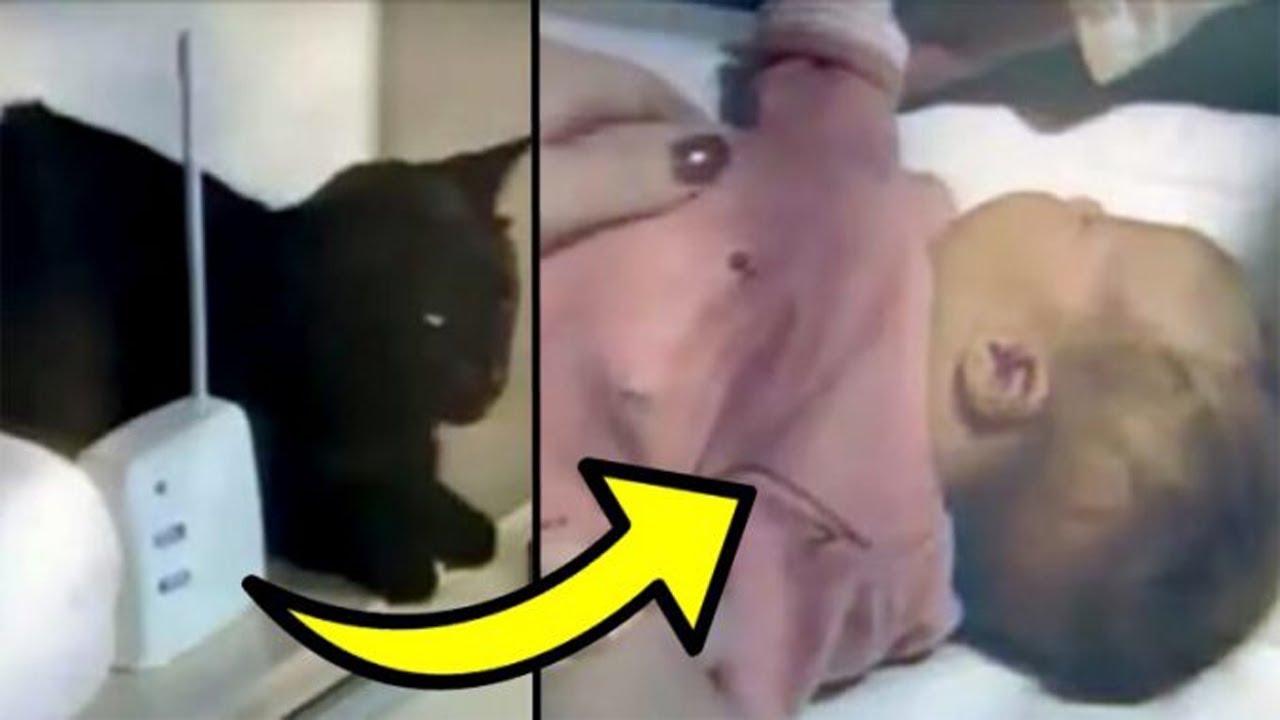 Roy and Bernita Rogers wanted to start a family the moment they were married.

But three times in a row, Bernita gave birth prematurely, and the babies did not survive.

She began to feel like there was a hole in her that she would never be able to fill.

Then, a black stray kitten strolled into their lives. He was loving, demanding of attention, and smart – they had to take him in.

The cat was named Midnight, and he proved to be the Rogers’ lucky charm.

Within a year, Bernita was pregnant again – and this time, she gave birth to a healthy, happy daughter named Stacey.

Naturally, after everything that had happened before, Roy and Bernita were highly protective of their little one and ensured that a baby monitor was always on and set up in her room.

Midnight also enjoyed perching nearby and keeping watch over Stacey.

At the age of six weeks, Stacey became ill.

Her doctor explained that it was a kind of flu which had been going around and that she would be fine.

Back at home, Bernita put Stacey in her crib for her afternoon nap and went downstairs to spend time with her parents, who were in the living room.

As she was enjoying her time, Midnight ran down the stairs and leaped into her lap, jumped off again, and then back on and off repeatedly.

Bernita knew he wanted attention, but seeing as she was entertaining her parents, she ignored him.

Visibly frustrated, Midnight dashed back up the stairs.

Moments later, the most horrifying, awful sound came through the baby monitor – an angry screeching and screaming.

Immediately terrified, Bernita leaped to her feet and rushed to the room, and what she saw made her realize just how much of a good luck charm Midnight truly was.

Watch the video to see what happened, and to find out how Stacey is doing now, 12 years later.