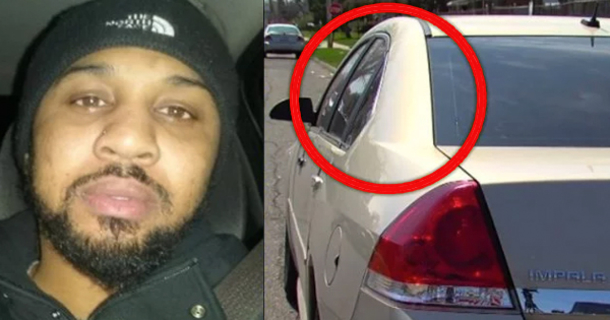 A man in Michigan was driving down the street when he noticed that a police officer stopped behind him. The driver noticed that the cop was acting unusual as he spoke to him about his car window’s tint being too dark.

The cop was looking around the inside of his vehicle as he stood outside the car. Suddenly, the cop told the driver to come follow him down the street.

LaVonte Dell assumed that he was stopped by an officer because his tints were too dark, too dark for the legal limit and he was correct. However, there was something else that Westland Police Officer Joshua Scaglione noticed as he talked to Dell about the ticket he was giving him. Presumed to be bothered as they spoke, Dell stated that the officer appeared to be choked up. The reason why would move anyone to tears.

WXYZ reports that Dell was very nervous about being pulled over to the side of the road because he has hid 3 year old baby girl in the backseat of the vehicle and he didn’t want any type of trouble or drama that day. In addition, his daughter was not in a car seat, which Officer Scaglione noticed as they talked about the tint issue. More expensive than a visibility ticket is a child endangerment charge for driving with your kid not securely fastened. However, seeing her sitting there brought tears to the cop’s eyes as he asked her father about it.

“I asked him why is she back there without a car seat,” Scaglione told the news station. “It’s not safe. He teared up a bit and told me he was going through some tough times.” This meant something specific to the officer, who immediately saw himself in the driver’s eyes, having suffered the same financial despair.

“I related to the fact that I’ve been in that situation before,” Scaglione explained. Rather than writing a ticket for any of it, the cop asked the father to follow him. The two drove to Walmart where they walked the aisles of the store together.
“You would have thought we were best friends,” Dell recalled about the surprise shopping trip. “No awkward silence. I learned about him. He learned about me.” 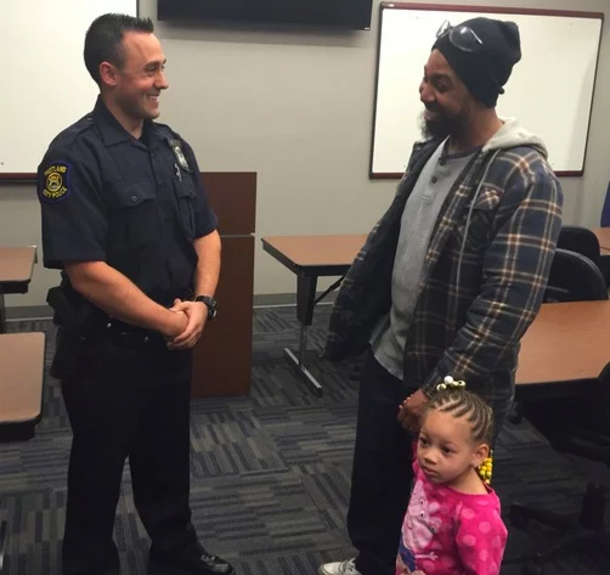 Scaglione told Dell to pick out the perfect car seat for his daughter and that he would pay for it. “I realized this was the perfect opportunity to help him,” the officer said of the moment he chose to help this man, rather than making his situation in life worse with several tickets he could have issued that day. “Dell seems like a blue collar hard working guy who was doing the best he could for his family,” Scaglione said.

The father couldn’t believe the generosity being shown to him, and he thanked his new friend in blue for the help he so desperately needed. Dell took to social media to praise what this kindhearted, white cop did for a black man in need, who didn’t judge him like he had expected. ” … Don’t judge a book by its cover. You’d be surprised what comes of it,” he wrote, urging others to not be so quick to claim all cops are bad.

Officer Scaglione didn’t care if this man was black, all he saw was someone in need during a sad situation that he could personally relate to. Instead of simply issuing a ticket and leaving, he chose to do something positive, which is all officers hope for when they put their badge on each day.
Please share the story and tell us what you think!