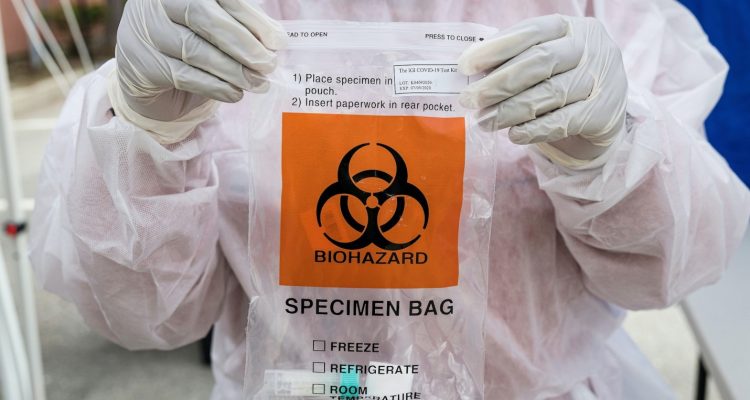 A retiree was discovered dead in his recliner, surrounded by biohazard canisters and plans for nuclear and chemical weapons.

Just before 1 p.m., authorities discovered the horrifying discovery while conducting a welfare check. cops reported that on 101 Avenue in Cypress Hills. Police found the 75-year-old guy while doing a welfare check on his home. He is known locally as John the Knish man.

The man appeared to have been deceased for at least a week, according to sources. His cause of death will be determined by the medical examiner, police said.

The scent that prompted the discovery of the man’s decomposing body was by the proprietor of Mono’s restaurant, he said that he was initially mistaken for that of a rat or a piece of meat that was rotting in the heat.

Later, he called the landlord to check upstairs and cops finally knocked down the man’s door to discover him dead inside.

Along with the worrisome canisters, authorities also found alarming drawings in the Brooklyn flat, which prompted the FBI and the Joint Terrorism Task Force of the New York Police Department to conduct a thorough investigation.

Despite the fact that some of the sealed jars discovered by police have not yet been thoroughly analyzed by specialists, tests for radiation and chemicals came back negative.

Officers in hazmat suits were seen entering and leaving the apartment block. Delia, a worker at the Lotto Luncheonette on 101st Avenue said that the man, a former employee at a restaurant known to the neighborhood as “Chef John,” lived alone and disclosed that “he did make poisons” in case someone stole into his home.

Delia said of the alleged poisons, “It would perhaps stop them from going any further. I thought it was pretty silly, He said it was simple stuff, stuff you could find at gardening places.”

Delia added, “He said he liked talking about it because it let everyone around him [know], who might be trying to follow him home because he’s old and he likes giving out money sometimes, so they would know, it would deter them from going to his house.”

“He always thought the CIA was going to kill him. He says ‘they’re out to kill me”, Another witness said. “I always thought it was folklore. He was a little mysterious. He said he did covert stuff for the military – he didn’t get into details.”