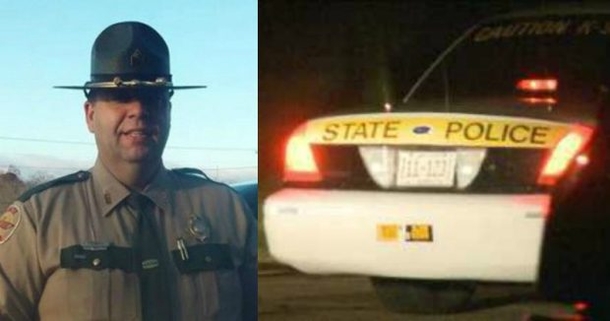 A frantic Tennessee mom was driving down the road with two boys in tow when she was stopped by a State Trooper who saw that her children weren’t buckled in their seats.

Despite the severity of breaking this law and admitting that she knew they weren’t secured, the officer let her out of the ticket. Shortly after, the mom got a shocking phone call that she wasn’t expecting.

The first thing Officer Tidwell asked the woman when she rolled down her window for him was “Why are the boys in the back seat not in car seats?” The mother answered honestly that she knew they were not safe but that it had been a rough couple of days. Tidwell has heard his fair share of excuses to get out of traffic tickets but what she explained next struck him so he let her out of the ticket and sent her on her way, knowing that the boys weren’t in car seats the rest of the way home, but she hadn’t heard or seen the last of this officer.

The night before being pulled over, the woman, only identified as Amanda, had picked up the boys in her back seat who were in need of a safe place to go.

She took in a total of three brothers as a foster mom who only had the clothes on their backs, “no car seats, toys, coats, and so on,” as Amanda explained to Tidwell after he stopped her. She showed him the foster paperwork as proof of what she was saying.

Sympathetic to her situation, he treated the single mother kindly and was friendly to the boys who probably had a bad impression of police based on what they’ve witnessed in their terrible home. He told Amanda he wouldn’t ticket her, but asked for her phone number instead, which he passed on to his wife when he got done with his shift.

“His wife called me and asked about the boys,” Amanda said in her social media post. Although she thought the friendly follow up was thoughtful, it was unusual to get a call from an officer’s wife and then she realized what the woman was really interested in. “This morning, Officer Tidwell met me in Waverly, him and his wife had purchased gifts for the boys,” Amanda explained. “Not just the two boys in the back seat but, their older brother too.” 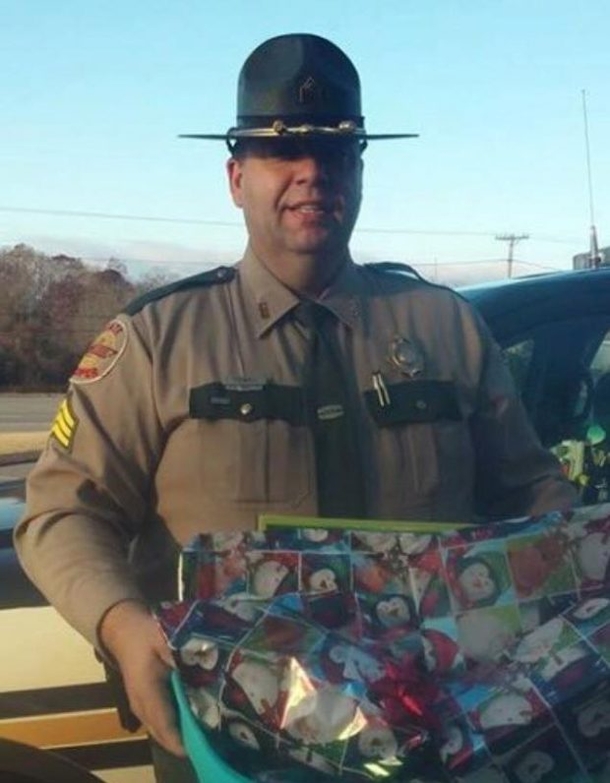 Out of the kindness of their hearts and generosity from their own pockets, the police officer’s family provided the disadvantaged kids with everything they needed after coming from a horrible situation with nothing. “He showed these boys that there are very nice cops out there and I hope he has left a lasting impression on them that cops are good,” she wrote in her public thank you to the Tidwells.

The mainstream media and anti-cop activists want the public to believe that officers take any chance they can to write tickets or abuse people. However, time and time again we hear of the incredible ways they use their positions to help, not hurt, and it’s time they are appreciated, not degraded. As the first responders to many horrific events in this country, officers are also the first to go beyond the call of duty to serve in ways that aren’t expected.