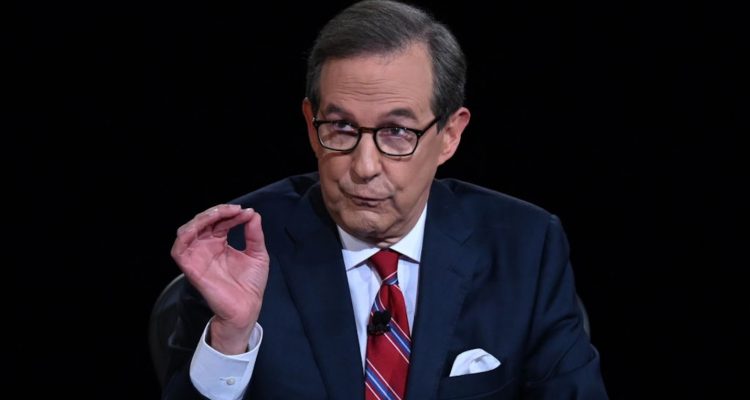 Well, you’ve got to adore it when conceit is shattered. Chris Wallace most likely serves as the embodiment of that idea, if ever there was one.

Wallace left Fox, where he had spent his entire career, for CNN’s untamed landscape. It’s unclear if he felt CNN and the liberal rhetoric were more in line with his ideologies or if he simply believed Fox was beneath him after all those years.

However, CNN’s shoddy reputation won’t change despite Chris “TDS” Wallace flapping his bonkers gums every five minutes. Instead, he just made it worse.

Wallace can be added to the expanding list of ‘experts’, who have given up their jobs due to their inability to manage their illogical—and that’s not knew.

Wallace initially said when he left the network, he was just looking for a change.

“After 18 years, I have decided to leave FOX. I want to try something new, to go beyond politics, to all of the things I’m interested in,” he explained during his final “Fox News Sunday” broadcast. “I’m ready for a new adventure, and I hope you’ll check it out. And so, for the last time dear friends, that’s it for today.

However, when he went to CNN running around spreading the same passive/aggressive fake news as he always did when he was still on FoxNews, thinking his “career” would likely “bloom” just because Jeff Zucker promised him a weekday interview program, Wallace was just left tangled in the web after Zucker was ousted and CNN+ promptly sank.  Although, he still has his new show on CNN called “Who’s Talking to Chris Wallace.” However, things just got even worse for Wallace.

Things were even worse in that it sank up to a scant 425,000 viewers only at 7:00 p.m. Eastern and more than a third behind the total put up by the Fox News Channel (FNC).

Only 44,000 viewers in the crucial 25-54 age range were present among the time slot’s 425,000 total viewers. In contrast, Trey Gowdy (R-SC) had a far more successful time with his show Sunday Night in America, Gowdy had 1.3 million viewers for his Sunday show on Fox, with 78 thousand viewers in that crucial demographic.

“Total Bomb!” @johnnydollar01 shared the news. “Chris Wallace’s CNN Show Premiere Tanks, Pulls Only 44k Viewers In Key Demo. The program was down double digits across every category vs the 2022 average. On Fox @TGowdySC scored a massive 1.3M viewers with 78k in the key 25-54 age demo …”

In fact, karma just showed up for Chris Wallace.

Wallace was “irate” in February after CNN fired Jeff Zucker after the news site broke the story that the former CEO had a covert romance with Allison Gollust, one of his coworkers.

An insider with knowledge of the situation told RadarOnline.com, “He went over there for Zucker and now Zucker is gone. Wallace feels that he has been stiffed. He’s got no staff, no Executive Producer, and the guy he gave up a prized gig for has just walked out the door.”

In his debut episode, Wallace spoke with retired Supreme Court Justice Stephen Breyer, actor Tyler Perry, and country singer Shania Twain as part of his pledge for the show “to explore some of my other interests” alongside politics, and would thus foster “smart, thoughtful conversations with a wide range of people from newsmakers to athletes, CEO’s to comedians, musicians to movie stars, and everyone in between.”

However, the first episode suggests that fans did not find the “clever” and “thoughtful dialogues” entertaining enough to watch in between NFL games.

It seems that Wallace would go crawling back to Fox, begging for a job because I’m guessing that he’s likely not long for the network.