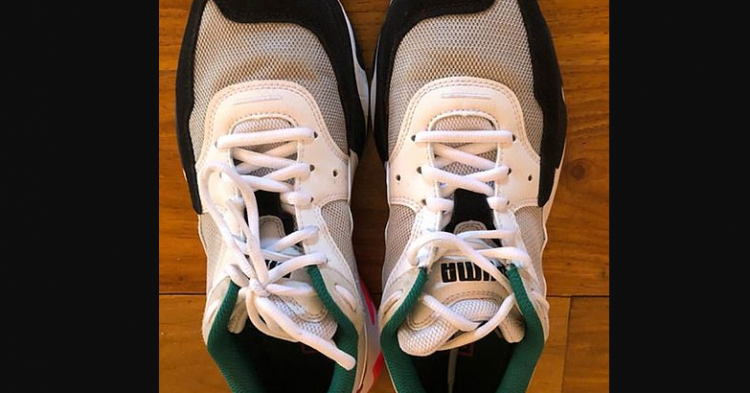 Puma’s Storm Adrenaline is garnering attention for its aesthetic, but not in the way the brand envisioned. Social media users said that when looking at the shoe from above, the shoe bears a resemblance to Adolf Hitler.

The comparison first gained traction in Russia before spreading elsewhere. The $90 sneaker shoes were discounted to $45 and were sold out on the brand’s website.

Twitter users said the men’s and women’s looks resemble Hilter’s signature mustache and parted hair after seeing a top view of the design, which features black suede overlay detailing on the upper and tongue. 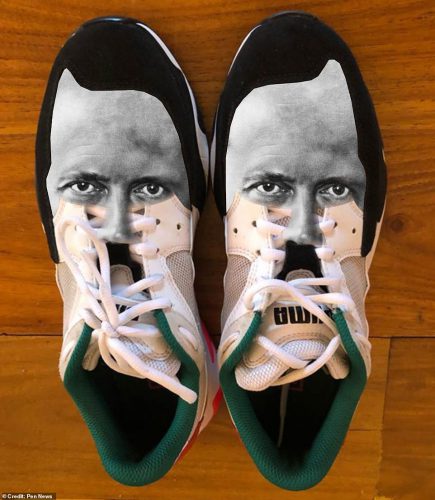 A customer in Brazil demanded that the company issue a statement about the similarity, noting that the image was not a good look for Puma. Another person hinted that the resemblance may have been created on purpose as a publicity stunt.

Not everyone was quick to jump on the bandwagon, though. One called the resemblance “far-fetched” though they were still glad they owned Adidas shoes and not Pumas.

There is a history on the Internet of finding things that resemble Hitler. A search can find everything from tea kettles to kittens that look like the former Nazi leader.

The connection between Puma and Hitler isn’t as fanciful as you might think. In the early 1900s, Rudolf Dassler, the founder of Puma, and his brother Adolf were supporters and eventual members of the Nazi party.

The brothers’ relationship with the Nazis was economically beneficial for them. The brothers owned a shoe company together (creatively named Dassler Brothers). Since the Nazi Party spent a lot of money on athletics, the Dassler family became one of the richest families in their town.

Things fell apart for Dassler Brothers (both the company and the actual brothers) when Rudolf was forced to serve in the army in Poland.

He was convinced his brother was involved in getting him sent there. So, when the war was over, Rudolf told the Allies that Adi had assisted the Nazis in the war effort. The relationship between the brothers never recovered.