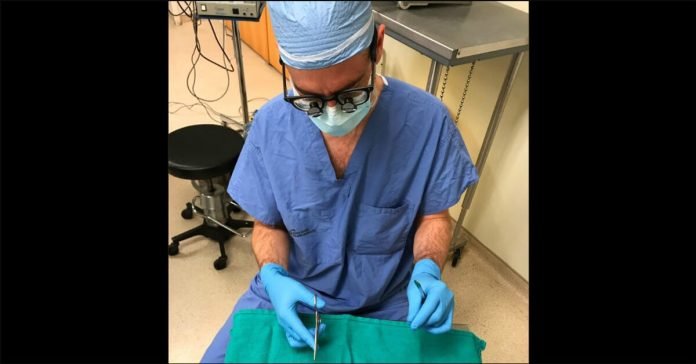 Jackson McKie is an 8-year-old little boy who underwent surgery to remove a tumor on his brain.

His parents had discussed the surgery with him, but they all knew that it was a risky procedure.

However, the tumor would need to be removed because it was impacting his overall quality of life and how he could perform even the most basic functions each day.

The tumor had been a part of him since he was just a baby. It soon developed into hydrocephalus. Jackson spent a lot of time as a child in hospitals and with doctors to try to determine what could be done and when surgery could be performed if surgery was the best option to consider.

There was one thing that helped Jackson get through each appointment and that helped him feel a little better about his diagnosis.

He had a stuffed animal that he cherished and that he would hold tight whenever he felt afraid or whenever he would go to an appointment.

Many of the doctors have seen him for several years and love him like their own child. They also know how important the stuffed animal is to him.

Before Jackson was taken to the operating room, he made a request to his doctors. The surgeons were happy to oblige.

Jackson’s doctor listened to what he had to say instead of thinking that it was an odd request or that it was juvenile.

After others heard about what the surgeon did for the little boy, they offered their praises.

Jackson took his stuffed animal with him to the surgical area. Dr. McNeely, someone who knows how much the animal means, didn’t say anything as most doctors would ask that it be left behind.

Jackson asked the doctor if he would perform an operation on his stuffed bear just like he was going to do for the little boy.

Dr. McNeely performed the operation and recorded every moment, posting the procedure on social media. A small table was prepared for the surgery, and the doctor used the same tools that he would use for other procedures.

Jackson was thrilled that his bear was recovering just as well as he was after surgery.