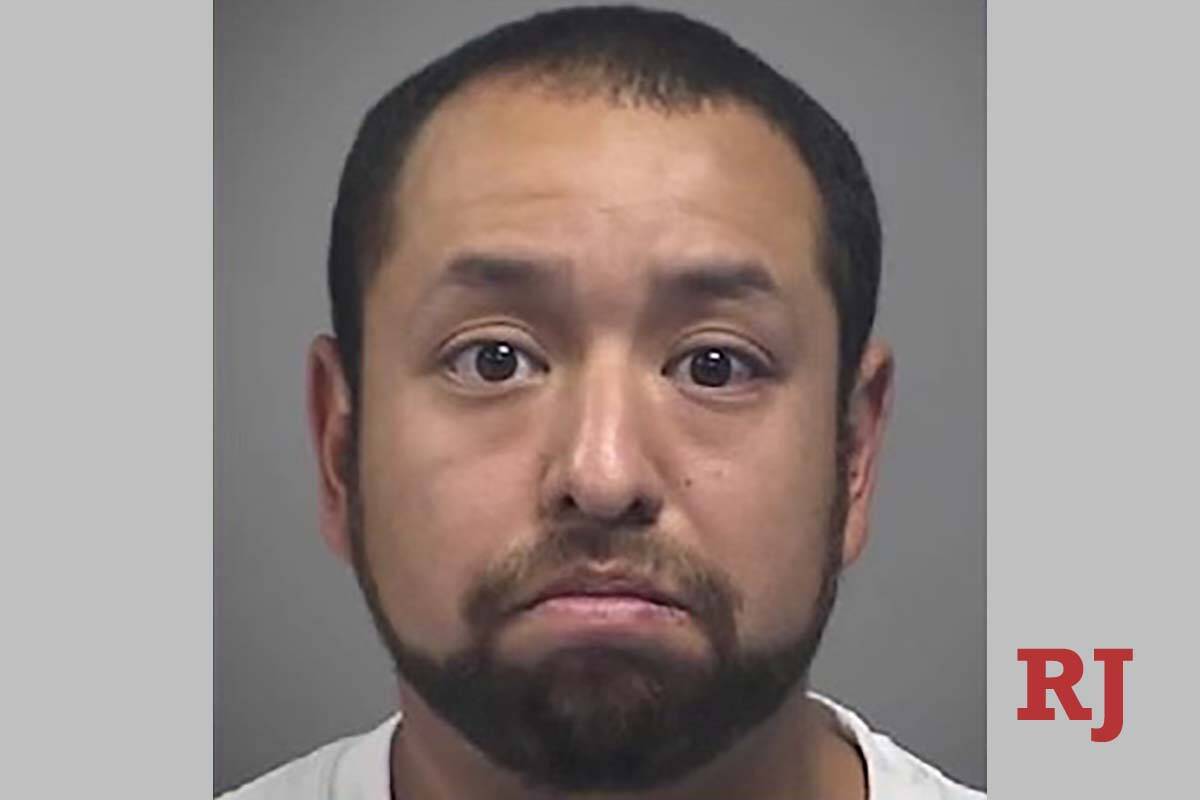 A man suspected of driving under the influence and killing a motorcyclist in a North Las Vegas crash threw an alcoholic beverage out of the vehicle shortly after the crash, according to an arrest report released Monday.

Thomas Munoz faces several charges related to the crash, including DUI resulting in death. The crash was reported about 7 a.m. on April 9 at the intersection of Ann Road and Allen Lane.

A preliminary investigation revealed that Munoz was heading north in a sedan when he ran a red light at a “high rate of speed,” North Las Vegas police said.

The motorcyclist, William Alvarez, 56, was heading west on a green light when he was struck at the intersection, police said. He died at the scene, police said.

According to the report, Munoz “became uncooperative” when an arriving officer tried to conduct field sobriety tests. He told the officer that he had last drunk alcohol at around 9:30 the night before the crash.

The investigation found that Munoz had crashed into Alvarez and then threw the container out of the vehicle before sitting down in the area. He did not attempt to help Alvarez, according to the report.

Munoz also faces misdemeanor charges of failure to obey a traffic control device, reckless driving, failure to render aid at collision scene and failure to wear safety belt. He has a preliminary hearing set for November 27, according to court records.