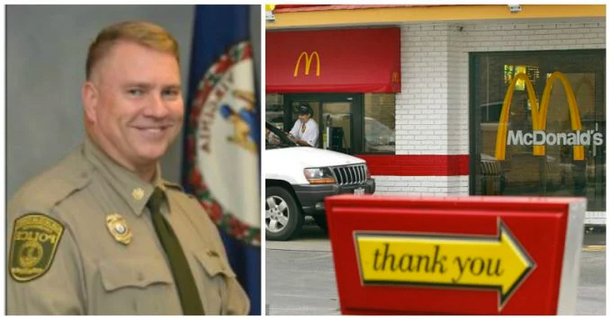 Scott Naff, a cop at the Virginia Department of Game and Inland Fisheries, made a trip to McDonald’s to get something to eat. While placing his order he was shocked by a drive-thru employee who said, “I ain’t serving no cop.” The Mcdonalds employee who denied service to Officer Naff has paid a serious price, as his boss gave the BEST response to his insubordination.

Kathy Naff, Scott’s wife, was totally shocked by what her husband to told her, so she went to Facebook to express her frustration about the disrespect her husband faced at the local McDonalds. She did’t expect her post to go viral, as it gained thousands of shares.

“My husband just got home from working a 13 hour day to share a story with me that has left me completely shocked,” wrote Mrs. Naff, according to Daily Mail. “Around 7:00 tonight he took a small break and went to the drive through of the Mcdonald’s at Parham Road and Route 1. He was in uniform and his police vehicle. He paid for his food and drove forward to the next window,” she explained.

“The young man who was working that window looked at him and backed away from the window mouthing something to my husband,” added Kathy. “My husband couldn’t hear him since the window was closed. The guy finally walked to the window and slid it open.” 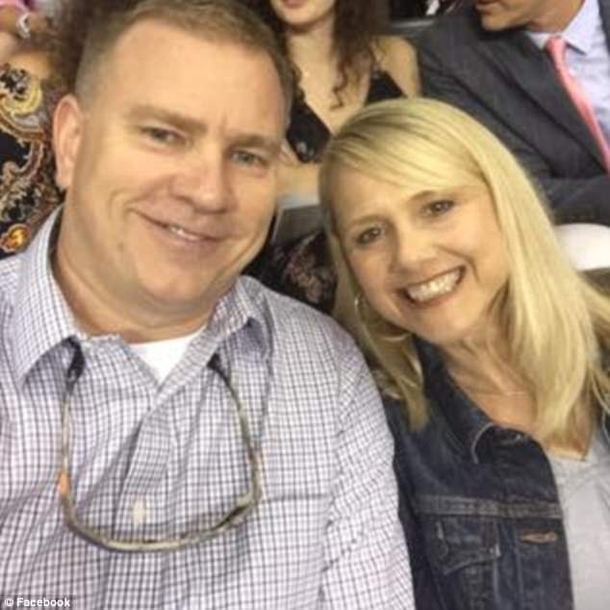 “My husband told him that he couldn’t hear him and the guy said ‘I ain’t serving no police’ and closed the window,” she continued. “The guy proceeded to tell everyone in McDonald’s, including the manager, that he was not going to serve the police. The employees stared at my husband trying to figure out what they should do…..after all he had paid for his food but no one wanted to give it to him,” she added.

“Finally one guy brought it over to him without a single word. As my husband pulled around the building, a gentleman who was in the McDonalds at the time approached his car and told my husband how he had never seen anything like this,” wrote Naff. “He said the guy had told the manager that she could fire him but he wasn’t going to ‘serve the police.’ The manager did nothing to help the situation and wasn’t even the person who brought him his food,” she went on.

“It’s amazing that people can act this way but even more shocking that the manager allowed him to continue on with his antics,” she concluded. “I know that we will never visit this McDonald’s again! This is such an eye opener for me as to what the people who protect us have to go through on a daily basis. Please pray for the men and women who serve and protect us and put their lives on the line for us each and every day.”

In response, McDonald’s issued a statement, saying, “At our restaurants, we are dedicated to serving all of our customers, including the police officers who protect and serve our communities. We are conducting a full investigation into this matter and will take appropriate actions.”
After further review, the owner of the Henrico McDonald’s fired the rude employee who did not want to serve Officer Naff.
“My husband is one of the calmest, kindest, most level headed guys I know. This should’ve never happened to him or anyone else,” Kathy Naff wrote in an update to her original Facebook post, according to Blue Lives Matter.

It makes you wonder what this same ex-employee would do if they were to call 911, and the cops denied them service. Where would we be then? The police do not have the luxury of discriminating against members of the public based on their political views, yet, for some reason, there are members of the public who feel they can deny service to those who protect and serve.

This situation has gotten a bit out of control in this country. This is the end result of a biased media machine and progressive government, both of which have collectively convinced a large portion of Americans that the police are bad. For those of us who do support the hard-working men and women of law enforcement and who would never disrespect an officer in this way, it is a shameful state of affairs.
Please share the story, comment and let us know what you think! We want to hear YOUR voice!