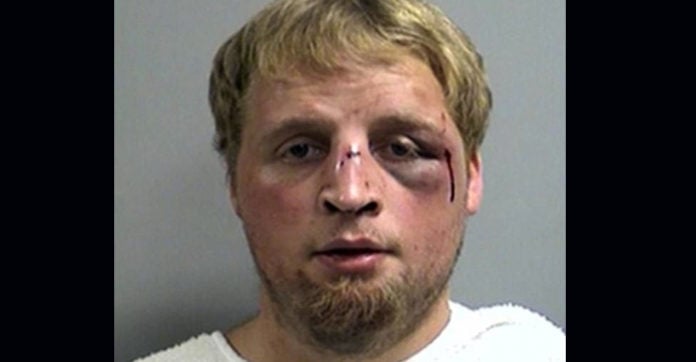 Child sexual abuse is often not reported, according to The National Center of Victims of Crime and that makes it very difficult to know how common it is.

Jayson Newlun, 26, was babysitting for a one-year-old girl – he was a friend of the family.

According to court documents, Newlun had spent the night at the family’s home on June 29.

In the morning, the infant’s parents went to the grocery store and left Newlun with the child.

Newlun decided to sodomize the infant while the parents were away, but he didn’t plan on them walking in on him!

The mother got to the store and realized she left her WIC (Women’s Infants and Children) assistance folder at home and they returned home to get it.

WIC is a federal assistance program that helps supply food to children under the age of five who are determined to be at nutritional risk.

The mother called the police and for her husband who then attacked Newlun.

Newlun was punched several times and hit with a dresser drawer.

Apparently, the mother asked Newlun why he did it and told him that she hopes he gets punished for this and Newlun replied that he wished that too.

Newlun claims he doesn’t know why he molested the infant. Newlun was arrested, and his bond is set at $250,000.