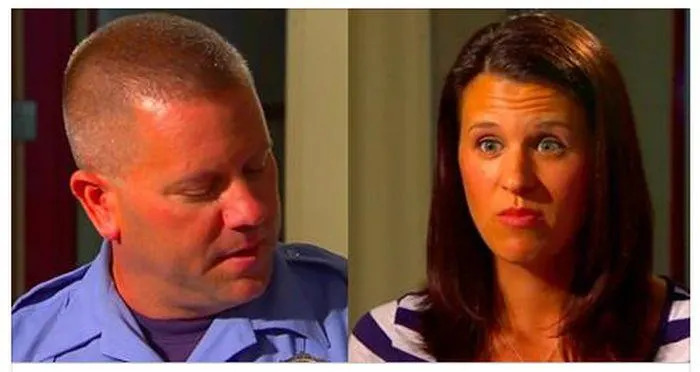 A Myrtle Beach, South Carolina, firefighter went from having a normal work day to having his life changed forever when he decided to adopt a baby he delivered on an emergency call.

Marc Hadden said his day started like any other and continued to be relatively slow. Suddenly, he got an emergency call about a woman suffering from abdominal pain, according to Today. When he arrived on the scene, Hadden discovered the woman was in labor.

“It was a pretty serious call for us,” Hadden said. “We got her on some oxygen, started some IVs and literally as we were getting ready to leave the parking lot in the ambulance, my partner said, ‘We’re about to deliver a baby right here.’ We had no time to prepare. Before we could do anything — we hadn’t even cut her clothes — Gracie came right out. Immediately she was handed to me.”

Gracie, the girl Hadden delivered, was put up for adoption the same day she was born. Her mother was reportedly homeless and could not take care of her. Hadden and his wife, Beth, jumped at the chance to adopt the little girl.

Two days later, the family took Rebecca Grace Hadden home with them, and soon after they were granted full custody.

“She’s amazing,” Hadden told Today about his now 5-year-old daughter. “She takes gymnastics, she’s getting ready to start kindergarten next year at the school where my wife teaches. She’s a pretty remarkable kid.”

The couple, who already had two sons at the time, said the boys love their sister.

“Most days it’s business as usual, getting Gracie to day care or gymnastics or soccer,” he added. “Every once in a while it will hit us, usually when we’re out on a date night, ‘Oh my gosh, my wife and I have been together for 15 years, we have three kids now!’ Sometimes it’s a bit overwhelming … but we wouldn’t trade it for anything.”

Many readers praised the parents for adopting the little girl and giving her a good home, and also applauded the birth mother for doing the right thing.

“God put you there when she was born for a reason,” one reader commented on the site’s Facebook page. “It’s so amazing how God works in our lives. This little baby now has the family she was meant to have.”

“Much respect to her birth mother…” another wrote. “…Takes a strong woman to carry a child to term, and give her up so she may have a better life~ I hope some day they will once again find each other.”

“God bless the babies mom for the courage she had in this tough situation,” another added.