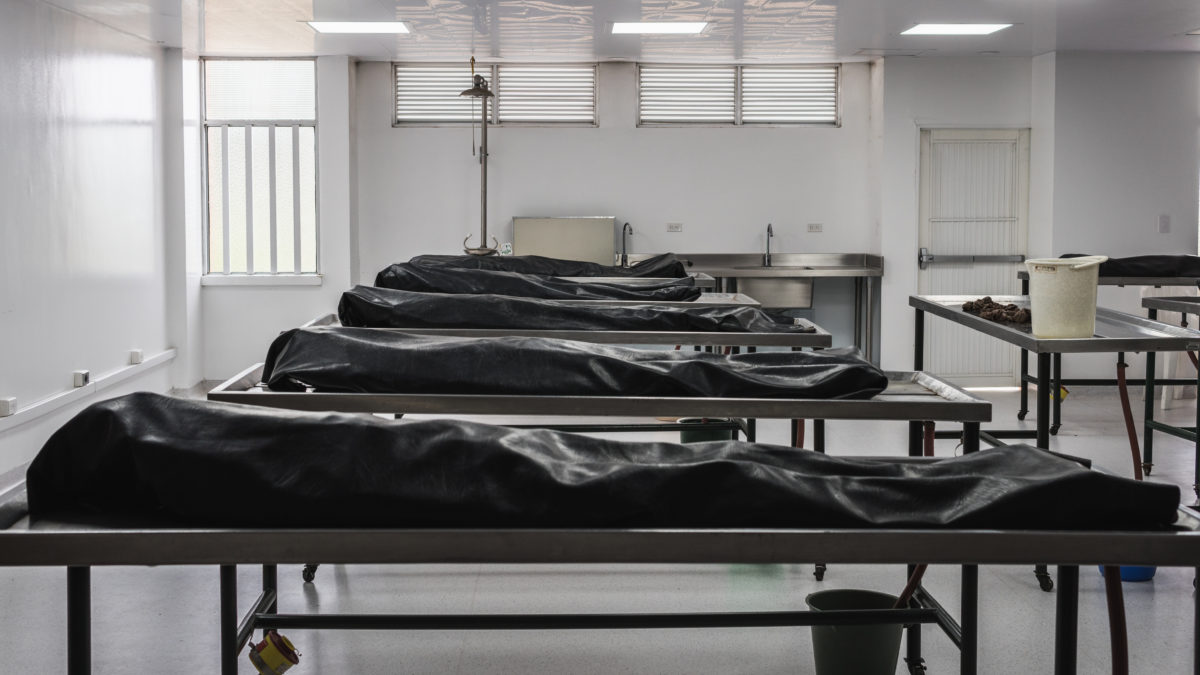 Hess then “sold those remains to victims purchasing the remains for scientific, medical, or educational purposes,” the release added.

Hess faces up to 20 years in jail for her body part scheme, which was run out of the Sunset Mesa Funeral Directors in Montrose, per The New York Times. Eight additional criminal charges against her were dropped as a part of a plea deal, reportedly.

When asked to describe the crime in a United States District Court in Grand Junction, Tuesday, Hess said, “I exceeded the scope of the consent and I’m trying to make an effort to make it right,” reported The Daily Sentinel.

Hess and her mother, Shirley Koch, 66, were first arrested for “illegally selling body parts or entire bodies without the consent of the family of the deceased,” by the U.S. Department of Justice in March 2020.

And while the women did sometimes receive consent from families “to donate small tissue samples or tumors of their dead relatives,” the New York Times reported that the pair supplied body parts for research even when families were never asked for their approval or rejected the request in advance.

The highly offensive and fraudulent ruse also included forged paperwork and “misleading buyers about the results of medical tests” performed on the bodies, added the Times, citing court documents.

Hess and Koch’s mail scheme included shipping “bodies and body parts that tested positive for, or belonging to people who had died from, infectious diseases, including Hepatitis B and C, and HIV, after certifying to buyers that the remains were disease-free,” according to a report from the DOJ at the time of the arrests.

The statement added that “These shipments would be through the mail or on commercial air flights in violation of Department of Transportation regulations regarding the transportation of hazardous materials.”

In addition, the mother-and-daughter duo also repeatedly lied to grieving families about the status of their loved one’s bodies or disregarded their wishes.

“Hess, and at times Koch, would meet with families seeking cremation services, and would offer to cremate the decedents’ bodies and provide the remains back to the families,” the DOJ added, stating that the funeral home “would charge $1,000 or more for cremations, but many never occurred.”

“Hess and Koch also delivered remains to families with the representation that the remains were that of the deceased when, frequently, that was not the case,” it added.

Hess is scheduled to be sentenced in January, according to NBC. A change of plea hearing for Koch, who initially pleaded not guilty, is scheduled for July 12 added the outlet.