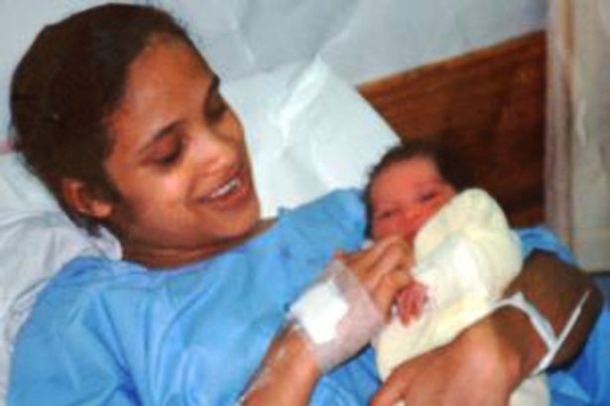 Seventeen years ago a mother in South Africa gave birth to a beautiful baby girl who she named Zephany Nurse. The new mom, Celeste, was still in the hospital with her infant three days after Zaphany’s arrival into this world, when a woman unknown to Celeste admired the baby to the mom, then slipped off into the hospital.

Celeste thought nothing of it and soon fell asleep for a brief nap while Zephany was napping. A short time later, the attending nurse woke the woman up and Zephany was gone.

The missing child alert that went out in 1997 said, “Zephany was only three days old when she was abducted by an unknown female at about 15.30 out of the hospital.” 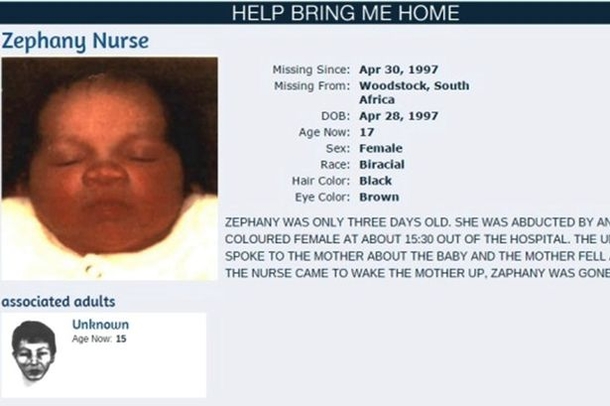 Nobody came forward with details, police weren’t able to determine a suspect, and the years rolled by, but Celeste and her husband Morne (Zephany’s father), never gave up hope that their daughter would return to them. Each year they celebrated her birthday without her, had a second daughter, who was close in age to Zephany, along with two other children, and the family continued on with life optimistic they would get their eldest back.

“I’ll never, ever give up hope. I can feel it in my gut – my daughter is out there and she is going to come home,” Morne said.
According to the Mirror, the woman who abducted Zephany gave her a new name and raised her as her own in South Africa. Zephany never knew that her mother by abduction wasn’t her birth mom. Other than how she was brought into the home, Zephany had a normal life. She went to school not far from where she was born, but soon started to hear comments from other students about how much she looked like another girl on campus. That girl, Cassidy, turned out to be her biological sister.

Curious that they may have found their 17-year-lost daughter, Celeste and Morne invited Zephany over for tea. When they saw her they were startled at the resemblance she had to their other daughter. They knew it had to be Zephany. Their suspicions were confirmed by DNA test conducted by police. The hope they held out for almost two decades had finally paid off. 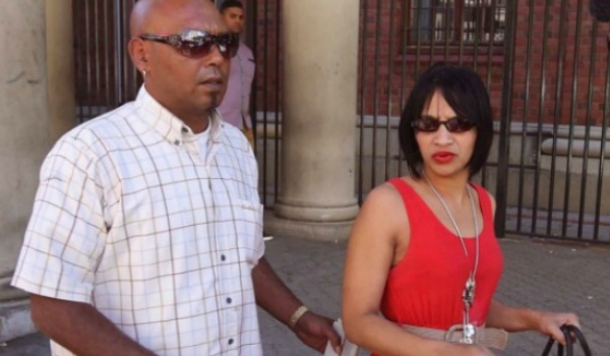 Officers arrested an unnamed 50-year-old woman and charged her with kidnapping and fraud, since she had pretended to be the biological mother of a child. Unbeknownst to Celeste and Morne, their daughter had been living less than two miles away from them all these years, the Sydney Morning Herald reported.

This incredible story of a long-awaited reunion is proof that if parents hold out hope, their children can come back — whether physically gone, emotionally absent, or making bad decisions. Zephany is currently in the care of Social Services while the legal details get worked out, but hopefully she can find love and comfort with her real family, although that will be a process since she is leaving the only home and family she’s ever known.