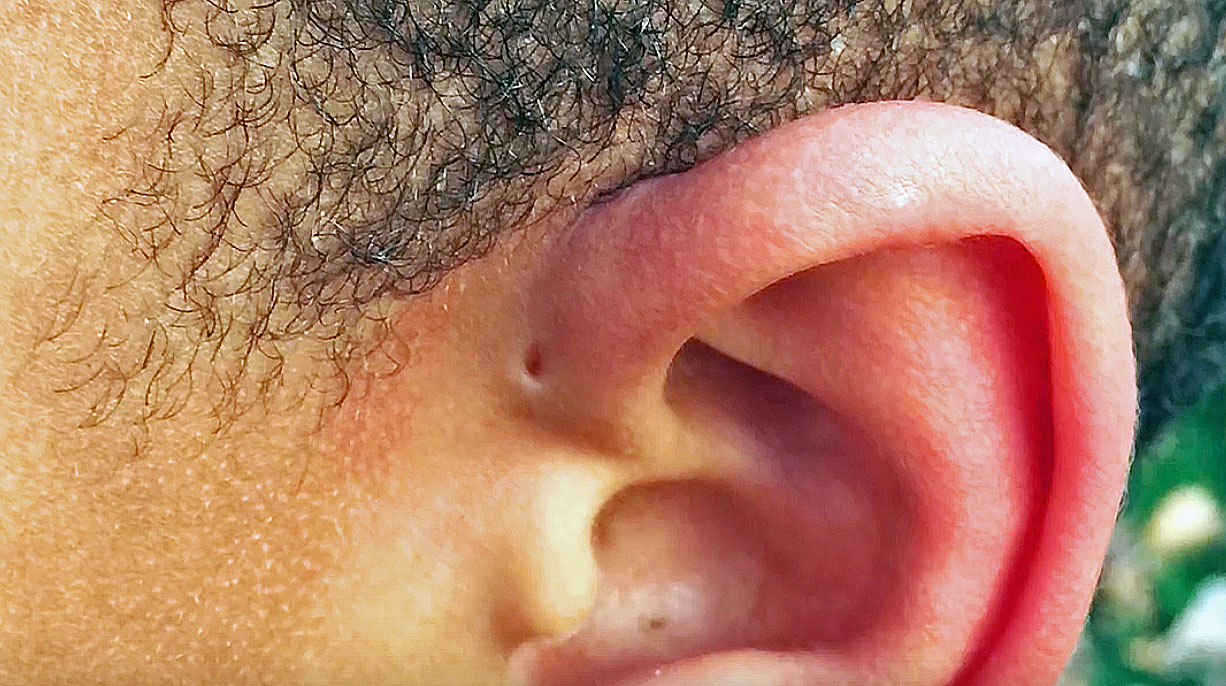 If you have ever noticed that somebody has a tiny hole above their ear, that looks like it could be a misplaced dimple, you may have just thought that it was from some weird type of piercing. However, what you actually spotted is a body feature that is a naturally occurring mutation in some humans. And while the little hole is not all that common in The United States, it is more prevalent than you’d imagine it to be!

Those tiny holes are best known as preauricular sinuses and they are located right around the junction where the top of the external ear cartilage meets the face. They are considered a birth defect and get passed down from one generation to the next and so on..

The tiny holes can show up on 1 or both ears, with the right ear being the more common site. Usually they are harmless, but just like any other types of sinuses, they can sometimes become infected and require treatment and antibiotics. Some may also form cysts and in rare cases draining or removal is the best option.

Why the holes are there in the first place and for what purpose remains mostly quite the mystery. The video mentions an interesting theory put forth by Neil Shubin, an evolutionary biologist, who thinks that these holes could very well be an ‘evolutionary remnant of fish gills left over’. It’s an interesting theory and makes complete sense, but there could just as easily be another explanation for the strange holes!

The chances of a person being born with a preauricular sinus dimple varies across geographical and ethnic lines. Researchers in Korea found that the small dents are most common among Asian and African populations, where between 4-10% of the population may have them.

In comparison, less than 1% of Americans and people born in the U.K. are affected, which is way less. In Ethiopia, these small holes are considered lucky to have because they’re believed to bring people abundance, riches, money and wealth!

If you didn’t know what those strange ear holes were before, now you know the basics about the auricular sinus. Please pass this article on and help pass it along so that more people can learn about them and be informed!