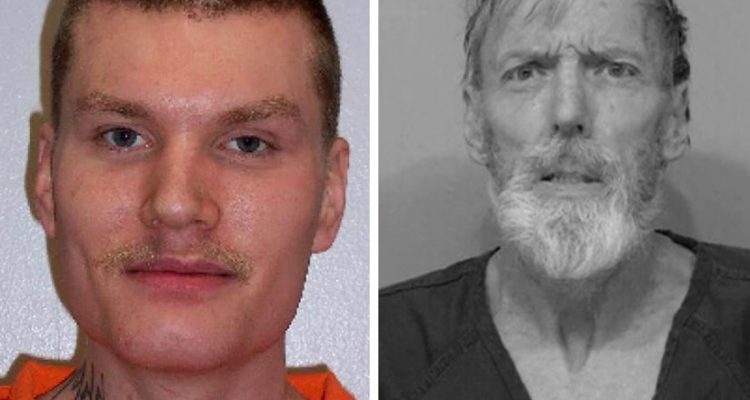 There’s no right or wrong way to respond to seeing someone who’s assaulted your loved one, nothing can take away the pain and rage when Shane Goldsby saw his sister’s rapist.

The anger and disgust pushed Goldsby to kill the person who raped his brother.

Goldsby was already serving time after being involved in a police chase in 2017 when he was put in the same cell as Robert Munger who was jailed for 43 years for convictions of child rape, child molestation, and possession of child pornography.

According to Goldsby and his mother, one of those victims was his little sister, who is still a minor.

“I was in shock,” he told the outlet in an interview before the sentence. “I was like, ‘what the f—?’… This stuff doesn’t happen. You’re talking the same institution, the same unit, the same pod in the same cell as this dude. That’s like hitting the jackpot in the casino seven times.”

Since he was 22, Goldsby has been in and out of prison for a number of violent offenses, including one in which he stole a police car and injured an officer in an accident after leading them on a high-speed chase.

He acknowledged getting into more than 20 fights with different jail authorities, which caused him to be transferred between several institutions. He wasn’t transferred to Airway Heights Correctional Center until “out of the blue” in June 2020, when he was put in the same cell as Munger.

“They put me in the same cell as this dude,” Goldsby said. “I feel set up. I’m the victim.”

He claims he never meant to kill Munger, but was put in an impossible situation.

“He kept… giving me details about what happened and what he did. About the photos and videos of him doing this stuff, and it was building up,” he added.

Goldsby said he tried to alert guards to the situation but was sent back to his cell. He even pressed the incident button inside the cell, but nobody came.

“So, in my head, I’m not in my head at this point and time,” he said. “I’m completely feeling like this is what they wanted to happen.”

“They put me in a position that I shouldn’t even be in. This shouldn’t have happened, at all. You’re talking about this dude, who did some sick twisted things to my little sis. My family. My blood. My life. And you want to put me face-to-face with this dude?”

Goldsby beat the 70-year-old unconscious after attacking him from behind, and three days later, Munger died from his injuries.

Now, an additional 24 years added to his existing sentence.

Shortly after KHQ published a report on the murder and questioned why Goldsby and Munger had been kept together, the state Department of Corrections contacted the WSP and requested that the organization carry out an independent investigation.

According to a spokeswoman for the organization, the DOC’s internal inquiry revealed that Goldsby had not brought up Munger during his jail entrance screening and that there was no indication of a quarrel between the two in any of the records examined during the cell assignment procedure.

In a WSP report, Lt. Scott Davis of the WSP Investigative Services Bureau determined that “there is no evidence suggesting that screening staff should have known about the conflict between Goldsby and Munger.”

The DOC stated that all agency protocols appeared to have been adhered to in the events leading up to Munger’s death.

In a statement, DOC Secretary Stephen Sinclair said: “While the Patrol’s independent investigation found the department properly followed all procedures in place to protect our incarcerated population, this is an unfortunate and complicated incident and we are always reviewing procedures to identify areas for improvement.”

In Goldsby’s videoed prison interview with KHQ, he apologized to his little sister and said he hoped to see her again one day.