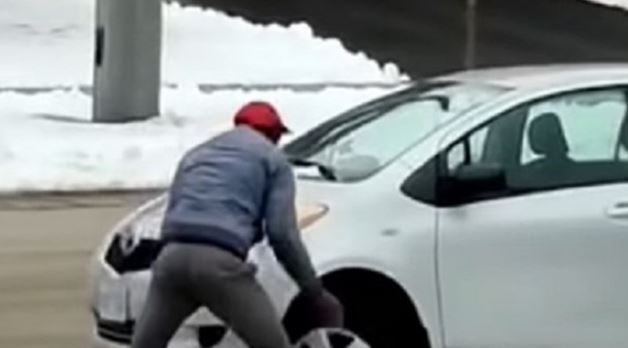 If you’ve ever had a package delivered to your door, you could be a prime target for porch pirates. Across the country, folks have fallen victim to package thieves.

Our economy has been significantly altered by online purchasing. People are no longer required to dress up in order to visit the mall. With just a click of the mouse, we can practically order anything while still in our pajamas. As a result, every day more than 36 million parcels are shipped across the country. Deliveries to people’s doorsteps include food, literature, electronics, clothing, and even prescription medications.

Unfortunately, not all of those packages are reaching the intended customers.

People who steal items off of doorsteps are known as “porch pirates,” and their behavior has increased recently. There are now much more packages being delivered than ever before because of Americans’ exponential growth in internet purchasing.

Naturally, porch pirates can easily get packages by following an Amazon Prime van. Packages frequently languish on the front step for hours because many are delivered when residents are not home. This is one of the major reasons why porch theft has become so common.

Because neighbors don’t watch each other’s front steps and few homes have cameras, they think they’ll never be caught. Few people expect a thief to strike in broad daylight. Therefore, the opportunity to swipe packages off of the front steps is enticing to the thieves. However, unlucky for this one thief, the incident just turned into an absolute joke! When he was caught trying to steal a package — but wasn’t able to make a clean getaway!

A homeowner in Mississauga, Ontario, Canada, captures an alleged incident in which a man allegedly attempts to steal a packed item from his front door. The video was shared by the Instagram account @straightouttathe6ixtv.

Although it is unclear when the event took place, the shocking video circulated on the Internet.

In the clip, the homeowner opens his door and finds a man reaching for his package.

“It’s done. You’re done,” the homeowner says as the man runs to his car, parked on the homeowner’s driveway. Probably thinking he was going to make a clean getaway, he even whispered something back that sounds like, “gotta catch me first .”

However, when the “porch pirate” tries to flee, he backs into a mound of snow — and gets stuck. The porch pirate attempted to remove the snow by digging it up in a panic after jumping out of the car. 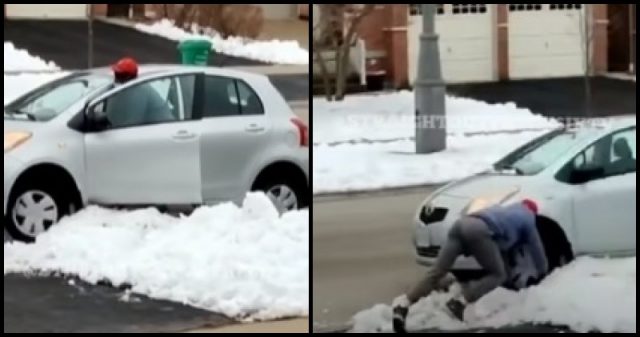 “Cops is coming,” the homeowner shouts before telling a woman in the residence, “Quick! Call the police now.”

Eventually, cops arrive and appear to apprehend the man. “Step out of the car now!” an officer is heard telling the man. 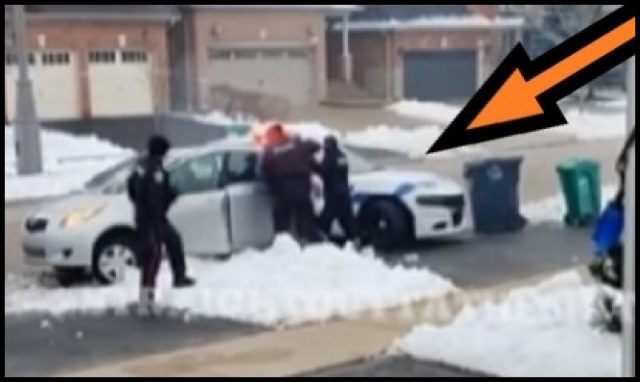 The Toronto Sun reports that when police responded to a theft call, a 33-year-old Brampton resident was taken into custody and charged with one offense of theft under $5,000 and one count of fraud under $5,000.

Meanwhile, In another incident that occurred in sunny California with ideal weather. A woman was seen on Ring camera approaching Shirah Booker’s Long Beach front door and removing a note that had been set on top of the mailbox. Around 11:30 a.m., Booker went to sleep. When her security system’s motion detectors alerted her, she realized someone was at her front door when she heard the bell again.

Booker said, “I kind of opened the door a little quietly ’cause I want to catch her in the act. I don’t want her to run. I need you to know I’m coming, For the most part, I think of myself to be calm, cool, and collected, but sometimes you do have to get a little rice crispy and snap, crackle and pop.”

“People need to know you’re not the one to mess with.” Booker said, “I’m just over it. It’s like a point for the good guy finally,”

The African-American homeowner eventually prevailed over the porch pirate after Booker confronted her. The mother of three said she has done self-defense training and felt in charge of the porch pirate. She had no fear.

“You may wanna think twice about stealing from my house. Just FYI—I see everything!” She posted on social media.

It turned out that the alleged porch pirate left with nothing. Booker claimed that she received everything back, including the stamp on her mail, which contained a thank-you card from a visitor to an autism event she hosted.

In the meantime, here are some things a person can do to protect items delivered to their homes: