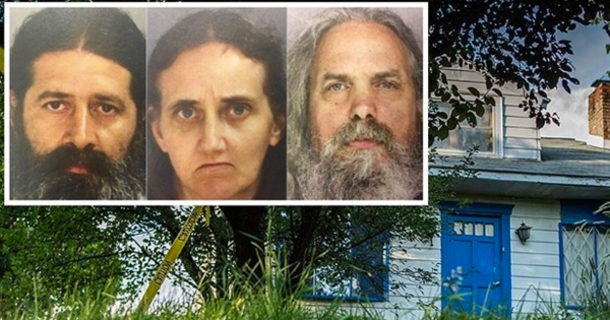 A home in Pennsylvania held a troubling secret, but its boarded up windows and high weeds couldn’t keep it hidden from watchful eyes. For some time, neighbors felt “something isn’t right,” but no one knew just how wrong everything was behind those closed doors. What 51-year-old Lee Kaplan was doing in the house of horrors has finally been exposed, and it’s worse than the community ever imagined.

After years of speculation, Jen Betz finally reached the breaking point and called authorities because she was concerned about what was happening on her neighbor’s property in their Feasterville community.

The home, with its boarded windows and high weeds, had drawn her attention, as she repeatedly told her husband “something isn’t right.” However, it wasn’t the home’s condition that finally made her concern reach its peak, forcing her to call the cops.

“They’re so sad and fearful every time I see them. That’s what made me call,” Betz explained, describing the faces of the many girls she saw on the dilapidated property. Following up on her call, authorities went to the home to investigate, and what they found was beyond disturbing. 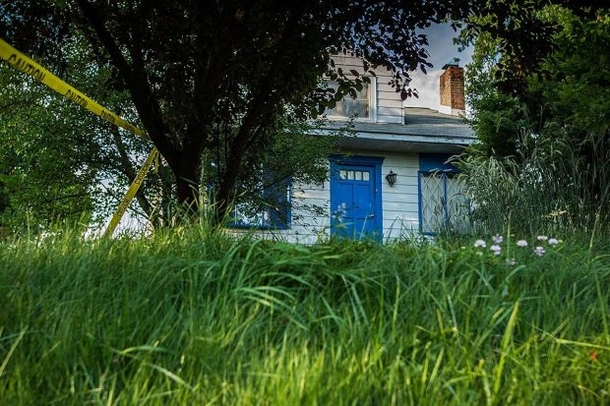 Hidden behind those walls were 12 girls, aged from six months to 18 years, held captive for one man’s sick pleasure. How he got his hands on them only made the discovery more gut churning. When police entered the home, “all the children were running around,” Lt. Ted Krimmel of the Lower Southampton police department said. “Some were hiding. They were well-behaved but scared.”

“They were living in the basement, they were hiding in the chicken coop,” added Robert Hoopes, Lower Southampton’s director of public safety.

As the investigation began, the oldest child would reveal the level of depravity that happened in that home-turned-prison. The now 18-year-old told police that she and Kaplan have a 3-year-old and a 6-month-old child together, but that was far from the worst thing that would be unearthed, and what was uncovered has her parents facing charges as well.

When police spoke with the teen’s father, Daniel Stoltzfus, 43, he told investigators that he and his wife, Savilla, 42, were broke and poised to lose their farm in rural Lancaster County when Kaplan “saved them from financial ruin.” In return, the deranged couple “gifted” their daughter to Kaplan about four years ago, when she was just 14-years-old, after allegedly researching the legality on the Internet. 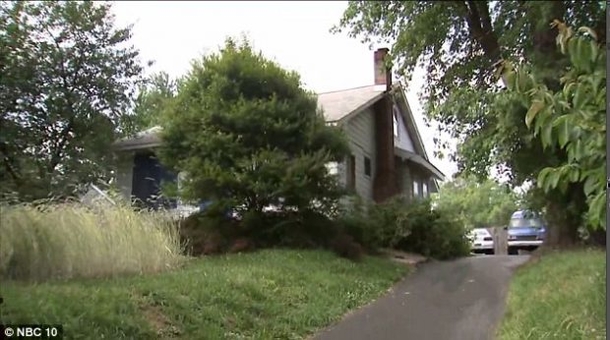 Now, Daniel Stoltzfus faces charges of conspiracy to commit statutory sexual assault and children endangerment while his wife was charged with endangering the welfare of a child. As for Kaplan, he was charged with statutory sexual assault, aggravated indecent assault, unlawful contact with a minor, and other offenses. Kaplan and the couple were being held on $1 million bail each, according to USA Today.

Police with search dogs pent a full weekend sifting through the property for clues, and authorities were trying to determine the identity of the other nine girls in the house and who their parents are, including the possibility that all the girls might be related. As the mysteries surrounding the home continue to be unraveled by authorities, more charges are possible. In the meantime, the children have been placed in protective custody together.

While many outlets are reporting that the Stoltzfuses are an Amish couple, The Philadelphia Inquirer explains that they “renounced it amid a long fight with community elders, according to a federal lawsuit they filed in 2009 against their former church. The lawsuit, which was dismissed later that year, said they operated a metalworking business on their property.”

You don’t sell your young daughter to save the family farm. That shouldn’t even need to be said. Furthermore, no man in his late 40’s should be attempting to buy a teen girl for any reason. This story proves there are monsters among us. Thanks to the selfishness of three adults, society has 12 children who are emotionally damaged due to the sick environment they had to endure.

As all the neighbors and members in the community are left dumbfounded by the disturbing discovery, a common theme is noted among them — they wish they had said something sooner. Let that be a lesson to us all. It’s much easier to intervene early than to try to repair the damage done after a dozen children had their innocence stripped from them over the course of four years. If you see something, say something. If authorities don’t listen, say something again… and again.