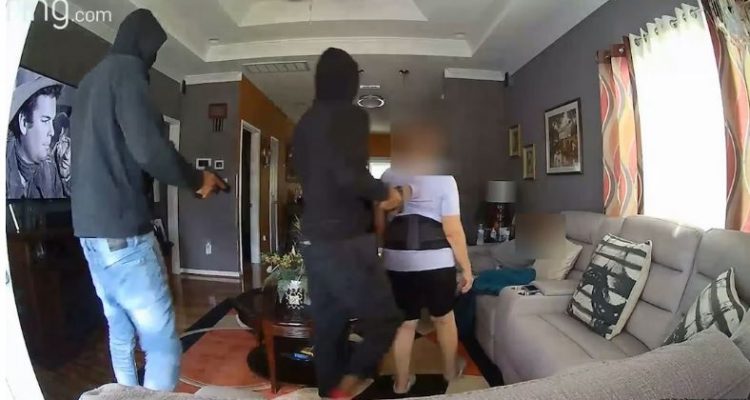 A home invasion in Portsmouth that targeted elderly residents resulted in the arrest of two perpetrators after they were caught on ring cameras installed in the residences of the victims.

The incident took place in Portsmouth, Va. around 1:50 p.m. Wednesday the robbers reportedly entered the residence of two elderly people.

Mitchell Boney Jr., 25, and Tyree Demont Boney Jr., 22, have been named as the suspects in this case by the investigating authorities. Both of them are wanted for various crimes, including kidnapping, armed robbery, and conspiracy to commit a robbery with the use of a firearm.

The victims quickly hid inside the closet while the suspects, who were both armed with firearms, began to pace about the room shortly after the shooting. A walker was being used by one of the victims because they had difficulties walking.

Ring surveillance video caught the incident on camera and one of the men could be heard shouting demands at the elderly individuals while holding a gun.

According to the Portsmouth Police, the suspects stole a safe and wallet from the couple’s residence.

“I am actually pleased to report that we have secured warrants involved in that home invasion,” Portsmouth Police Chief Stephen Jenkins said. “I mean to be pushed into a closet against your will, or make you do anything. I think anyone would feel violated and helpless to defend themselves.”

Watch the video below: PortsmouthPolice/Youtube

It has been reported to the authorities that Mitchell Boney Jr. frequently drives an orange 2017 Dodge Charger that bears the license plate UBS7788.

“We urge those with information about this incident to contact the PPD Investigations Bureau at 757–393–8536, Or call the Crime Line at 1–888-LOCK-U-UP. You can also reach the Crime Line at **TIPS (**8477). Callers can also submit an anonymous tip through the Crime Line’s ‘P3 Tips’ app or visit their website at www.portscrimeline.com. As always, Crime Line tipsters are never asked to give their name or required to testify in court. If a crime line caller’s tip leads to an arrest, or the recovery of drugs or stolen property they could be eligible for a cash reward of up to $1,000.”