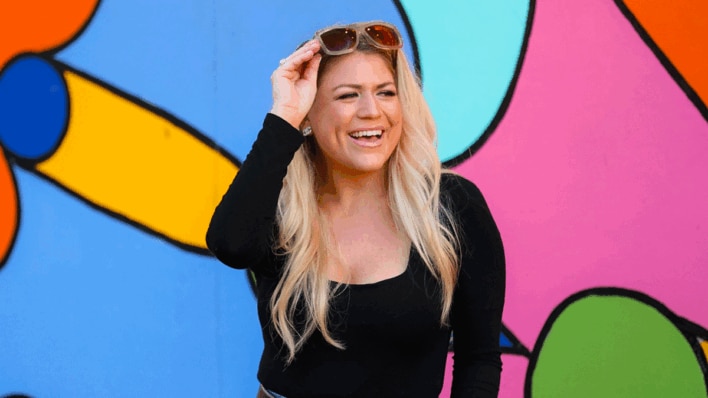 Debra Newell met John Meehan in fall 2014, and something just clicked. He was different from the other men the interior designer from Southern California had dated since her fourth divorce. Handsome, charming and successful, “Dirty John” — a nickname he picked up in college — was an anesthesiologist who spent time in Iraq with Doctors Without Borders. Or so he claimed.

John knew exactly what to say to sweep Debra off her feet. She was ready to take a chance on him, and on real love. But John Meehan wasn’t who claimed to be. He had been released from prison in October 2014, only two days before he met Debra, after serving time for violating a restraining order.

The two soon moved in together — and that’s when the true Dirty John began to emerge. He became increasingly violent, and isolated Debra from her daughters, Jacquelyn and Terra, who were suspicious of John from the start. When the Newell women dug into his past, they uncovered a web of lies and crimes. And, before long, John’s violence turned from Debra to Terra, who barely escaped with her life.

The story of John Meehan became famous, first in the 2017 Los Angeles Times podcast “Dirty John,” and then in Bravo’s true-crime series of the same name, starring Eric Bana and Connie Britton. However, what the real Dirty John forced the Newell family to endure is worse than anything seen on television.

Terra Newell ended Dirty John’s reign of terror, but she lives with the memory of what happened to her. However, she also possesses the knowledge that she had the strength to defend herself, and to survive.

Dirty John Meehan Had a Dark and Dangerous Past

John Meehan’s history of lying dated back at least to his 1990 marriage to first wife, Tonia Sells, in Ohio. A nurse anesthetist who had claimed to be 26 years old to Tonia’s 25 (he was really 31), John helped to put Tonia through nursing school. They had two daughters. But after 10 years of marriage, John asked for a divorce.

Although John had told her never to contact his parents, a distraught Tonia called John’s mother, Delores. She revealed his full name, and true age, and told Tonia that John had a drug charge in California. Tonia searched their house, and found a stash of anesthetic drugs. She then called police, who in fall 2020 opened an investigation into John Meehan’s activities.

Two years later, John brought a gun into the operating room, and attempted to steal the Demerol he was supposed to give to a patient. Meehan was stripped of his nursing license in April 2002, after police found a loaded gun and a cache of empty containers for six prescription medications.

An investigator for the Warren County (Ohio) Sheriff’s Office told the Los Angeles Times that Dirty John was “the most devious, dangerous, deceptive person I ever met.”

John pleaded guilty to felony drug theft in June 2002, and then went on the run. Police apprehended him apprehended in a Michigan hotel room, where they found unconscious and surrounded by drug vials. As John was being transported by ambulance to the hospital, he escaped his restraints, grabbed the drug kit, and jumped out of the vehicle, only to be recaptured. He was sentenced to up to six years in prison, but only served 17 months. By 2004, Dirty John Meehan was free again.

He was relatively quiet, and off the radar, for a decade. Then he moved to Southern California, where he stalked and terrorized other women in the months before he met Debra Newell, on a dating site for people over 50.

John Meehan met Debra Newell met for dinner in October 2014, at a restaurant in Irvine, California. Debra was a successful interior decorator who had been unlucky in love. She saw something in the handsome and charming doctor. “He was the total package,” Debra recalled, more than three years later, on Megyn Kelly Today. “A doctor. Very intelligent. A family man.”

But John saw something in Debra, too: She needed to be loved, and to be needed. He also saw someone he could easily manipulate. And that’s exactly what he did.

Their relationship moved fast. Within a month, they were living together in a luxurious, waterfront house on Balboa Island, in Newport Beach. Debra’s daughters met John, and didn’t like him. Something about him raised red flags that their mother had missed. They pleaded with her to slow down, and to dig into his past.

On the day before Thanksgiving 2014, Terra found out her mother and John were living together. She confronted Debra, sending John flying into a rage. That’s when he plotted to isolate Debra from her daughters, placing her on a path of violence and trauma.

Debra and John married the following month in Las Vegas. Her daughters weren’t invited. Afterward, John became only more controlling. He monitored every dollar Debra spent, questioned her whereabouts, and continued to keep her away from Terra and Jacquelyn.

Debra’s nephew told her in 2015 that John had spent time in prison, and was lying about being a doctor. She began to look through her husband’s paperwork, and found the restraining orders other women had taken out against him. He had been posing as a doctor and seducing women since 2005. He stalked, terrorized and stole. Debra even found websites on which women warned about Dirty John.

She moved out when John wasn’t home, but then took him back several months later. John’s charm, and his lies, had seduced Debra again.

In March 2016, Debra sneaked out of the house to visit her daughter, Jacquelyn. John was furious, and threatened to kill Jacquelyn if Debra tried to see her again. That was the final straw for Debra, who filed to annul their marriage. However, that only further enraged John. In June 2016, he stole Debra’s Jaguar from her office parking space. Police recovered the car, soaked in gas and damaged by fire.

On Aug. 20, 2016, Debra’s daughter, Jacquelyn, spotted John lurking around her apartment building. She called to warn her sister, Terra. That night, Terra returned home from work, and parked in her building’s lot. As she got out of her car, John attacked her from behind with a knife. Terra fought back, biting and kicking him in an effort to knock the blade out of his hand.

Terra Newell fatally wounded Dirty John Meehan during their struggle. She wasn’t charged with a crime, however, because she was fighting back in self-defense.

How Many Times Did Terra Stab John?

Terra Newell got her hands on the knife as she fought on the ground with John Meehan. She then used it to stab him 13 times, including once through his eye.

She instinctively knew that, if he were able to stand back up, John would kill her. A neighbor who witnessed the struggled called police, and then rushed with a towel to wrap Terra’s wounded hand. Paramedics were able to revive him, so there was no need to ask who killed John Meehan, yet.