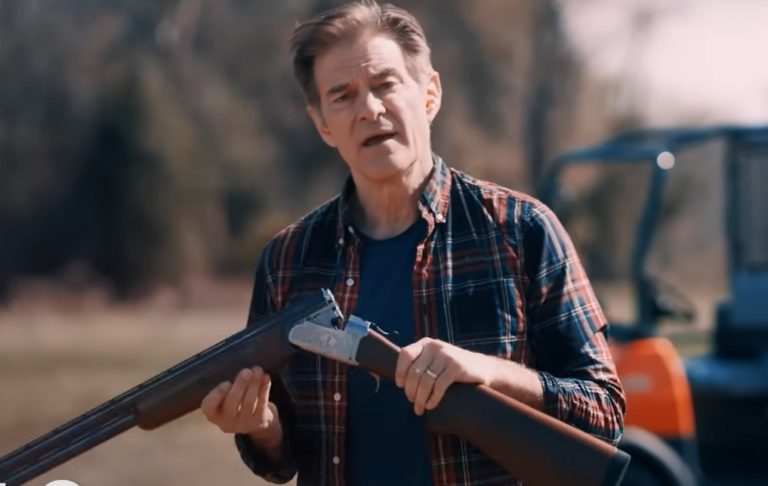 After securing an endorsement by Donald Trump, Dr. Mehmet Oz was able to beat out all other Republicans in the recent U.S. Senate primary race in Pennsylvania.

Although he expressed gratitude for Trump’s assistance upon winning the race, Oz appears to have scrubbed all references to the 45th president from his current campaign material.

Specifically, social media banners on Oz’s official Facebook and Twitter accounts no longer advertise him as being “Endorsed By Trump.” Instead, both accounts feature a banner that reads “Thank you, Pennsylvania” along with a solo photo of the celebrity doctor.

The Facebook banner — also known as a cover photo — was changed on June 12. The Twitter photo was also changed by that date, according to screengrabs collected by WayBack Time Machine.

Oz’s bios on both of the accounts also no longer list him as a “Trump endorsed candidate for US Senate,” and simply say, “Thank you, Pennsylvania.”

Even the Republican’s posts have shifted away from consistent pro-Trump language.

A number of media analysts and pundits on social media have also noticed the conspicuous absence of any references to Trump.

Considering the fact that he is currently trailing the Democratic candidate in the race, it would appear that Oz could use all the help he can get.

Nevertheless, there seems to be some reason that he has scrubbed virtually every mention of Trump from his social media posts — including his page on Trump’s Truth Social platform.

As Axios noted, this is a huge departure from just a few short months ago.

After the endorsement, Trump was a near-ubiquitous fixture in Oz’s spots — even a series of six-second issue ads on guns, abortion and energy began with “endorsed by President Trump.”

Oz’s Twitter account mentioned Trump more than 70 times between the endorsement on April 9 and primary day, May 17.

On Google and Facebook, Oz’s campaign bought a barrage of Trump-focused ads during the primary.

Both his Facebook and Twitter accounts were emblazoned during the primary with a cover photo of Trump and Oz with the words “endorsed by Trump,” and his website had a pop-up to let visitors know he was “Trump-endorsed.”