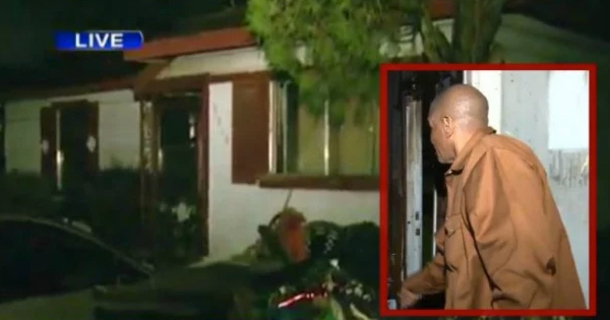 Helping out those in need is always a great thing. When you have blessings, its always good to share those blessings with those in need. However, a Texas woman never expected this situation when she allowed a homeless man inside of her home.

A woman in Texas decided to help out a homeless man, who was stuck in the cold and needed a place to rest. So she decides to allow the man to stay in her home overnight in her spare bedroom. When everyone fell asleep late that night, she woke up to a shocking scene inside her home.
The 66-year-old woman, lives with her granddaughter in Texas. With a spare bedroom and a big heart, she invited a homeless man, Thomas Smith, who had no place else to go inside of her home for the night. Everyone in the house fell asleep, or so the woman thought when she was woken up by what Smith was doing, just after 1:30 a.m.

According to KPRC, Thomas Smith said that he heard a “big old boom,” which startled him out of bed, but it apparently didn’t wake the sleeping woman and her granddaughters. Smith assumed that someone was trying to break in the home, but he soon found out that was not the case at all. As he opened the door to the homeowner’s bedroom, he saw what was on top of her and acted fast.

“I jumped out the bed and ran to her room, and something was on top of her — sheetrock and what not,” Smith said. Smoke was filling up the house as an explosion in the attic caused the place to go up in flames. The caring grandmother was still in her bed, but she was covered by sheet rock that had broken free and fallen on her, after the boom.

Smith rushed to clear the debris off her and pulled her out of the bed and her house to seek safety, but the girls were still stuck inside of the home. 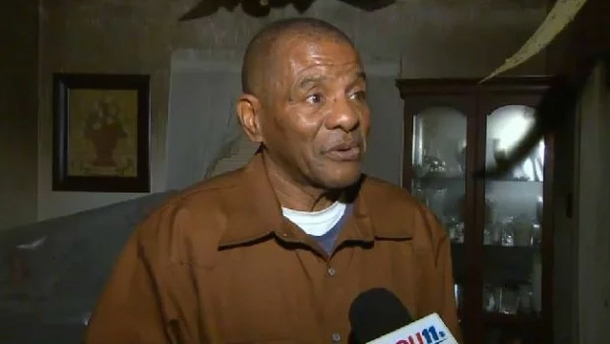 The heroic homeless man braved the burning temperatures and potential of suffering smoke inhalation to go back inside the house to rescue the 8 and 10-year-old girls from their beds. With the children in his arms, he bravely marched out of the front door, reuniting the girls with their grandmother.

Miraculously, everyone involved, including Thomas Smith, made it out completely unharmed, despite the home and everything in it being a total loss. After 40 years of owning the residence, it was all gone before her eyes, but she and her grandchildren are lucky to be alive. It’s all thanks to one decision to do something nice for someone else, who in turn was able to immediately repay the gesture in an incredible way.

While most would never consider putting a homeless man up in their house for the night, out of concern for their safety, perhaps the woman felt led to make him that typically risky offer. Had he not been there, this explosion could have easily ended in serious injury or even death. This surprising situation is proof that blessings often come in the most unexpected ways.
Please share the story and tell us what you think!