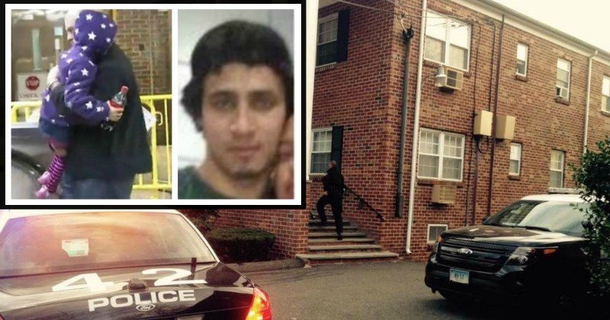 As New York commuters were heading into the city for work on Monday morning, an abandoned little girl at the bus terminal caught their attention. She was sitting alone until Port Authority cops arrived when she wandered up to them and whispered a chilling clue that led them to a horrifying discovery.

People became concerned just after 10 a.m. when a 5-year-old girl was left unattended at the busy commuter station and alerted authorities to the alarming scene. Little did they know where that girl had just come from and how she ended up there. Making that simple call, based on what they saw, revealed something far more sinister going on.

According to the New York Post, when cops arrived, the child freely spoke to them about how she ended up in the terminal a long distance from her home. She explained that she had gotten on the bus with her father after leaving their new apartment home in Stamford, Connecticut, but when they arrived at the Port Authority bus terminal in New York, her dad, identified as Elmer Gomez Ruono, dumped her near a news stand and told her to stay there.

She did as she was told while her father disappeared into the massive city crowd and has yet to be found. Meanwhile, communicating in Spanish, she revealed where she was from. Although the family had just moved to Stamford from New Jersey the day before, the brave little girl was able to lead police to her new apartment. When they entered, they found her mom dead of an apparent homicide as her corpse showed signs of a struggle.

Investigators are now not only searching for Ruono, as the main person of interest, but also a third party who seems to have been involved in this woman’s death, which police believe to be the result of a “love triangle gone bad.” The woman, in her 30’s, died during an apparent house party to celebrate their new Connecticut apartment, The Advocate reported.

Thankfully, this little girl was rescued by these officer heroes before being caught in more horror than she already endured.
The little girl was escorted from the terminal by Port Authority police by early Monday evening.
“She is in good health. We are taking good care of her . . . She is still in our custody. We are working on placing her,” a police official said.