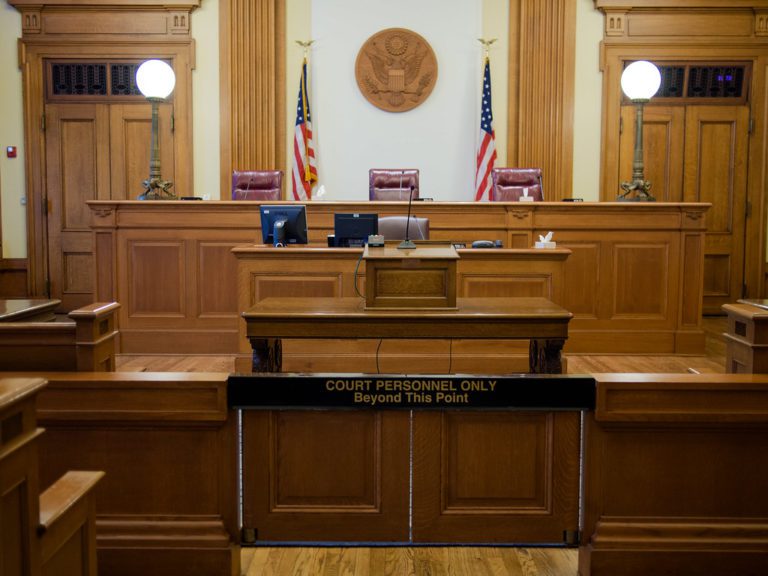 After the guilty verdict was announced in the 16th District courtroom, Leclair began chugging what appeared to be murky water, according to people familiar with the case.

“At the suggestion of a county investigator, a bailiff checked on and found Leclair unresponsive in the holding cell next to the courtroom,” Denton Record-Chronicle reported.

From the Denton Record-Chronicle:

The Tarrant County Medical Examiner’s Office lists Leclair’s time of death as 3:21 p.m. at Medical City Denton. The cause of death is pending. The Texas Rangers are investigating.

Jurors had been dismissed from the courtroom before the bailiff found Leclair. They returned Friday morning to determine the next move since Leclair, who had been found guilty, had died before he could be sentenced for his crimes.

“I can certainly say that it was highly emotional for everyone involved,” Howard said. “We were shocked by this. It does carry a lot of emotion and even more so for the jurors. They didn’t choose to do this. They were chosen, and as we told them, serving on a jury and making sure that the justice system works for the alleged victim and accused person is the cornerstone of being a citizen and making sure our government and society function.”

It was an unusual situation, not just for the jurors but also for the defense, the prosecution and the judge, none of whom had ever experienced something like this before.

Normally, Howard said, if a defendant once convicted escapes before he is sentenced — also known as “volunteering absence” — the law would allow the prosecution to move forward with sentencing. In this case, Leclair might have killed himself if the water bottle, which the Denton County District Attorney’s Office said was collected as evidence, contains a toxic substance that led to his death.

“We have had people who faint, have heart attacks and had a shooting, but never in my 27 years have we had something like this happen,” prosecutor Jamie Beck told the Denton Record-Chronicle.

Beck told the newspaper that the alleged victim had flown in to testify at Leclair’s trial.

“I saw him being taken out on the gurney,” Howard told the newspaper. “His color and pallor didn’t look good – gray – and then he was taken to the hospital. Beyond that, that’s all I can say.”