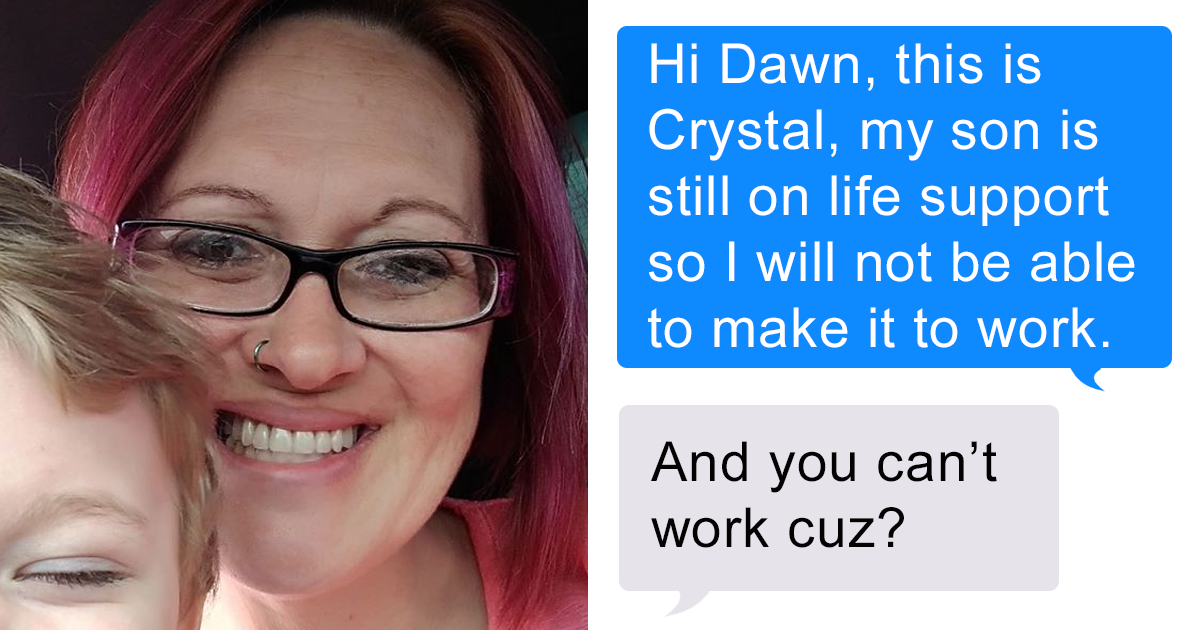 Since we spend most of our adult lives working in one way or another, it’s important that we feel respected and well-treated by our employers.

We’ve probably all encountered a bad boss or two in our lifetime, but the majority of the time you – as a worker – can suck it up and get on with it.

Not all the time. Not if you’re Crystal Reynolds Fisher.
As an employee at PS Food Martin in Albion, Michigan, she knew she was bound to a set of rules when it came to taking days off sick. Upon realizing she wouldn’t be able to make a shift, she gave her boss 48-hours advance notice.

The response she got spread around the internet like wildfire … and for all the wrong reasons.
When Crystal Reynolds Fisher conceded that she had to miss her shift, she did so because of a valid reason: her 18-year-old son Jason was on life support in the ICU, and of course she needed to be by his side.

She wrote a message to her manager, Dawn, explaining this: “I’m just letting [you] know my son is still on life support so until he is out of the bad I will not be able to make it to work,” she wrote. “I can let [you] know as he starts to get better so that way I can return to work with no problems.” 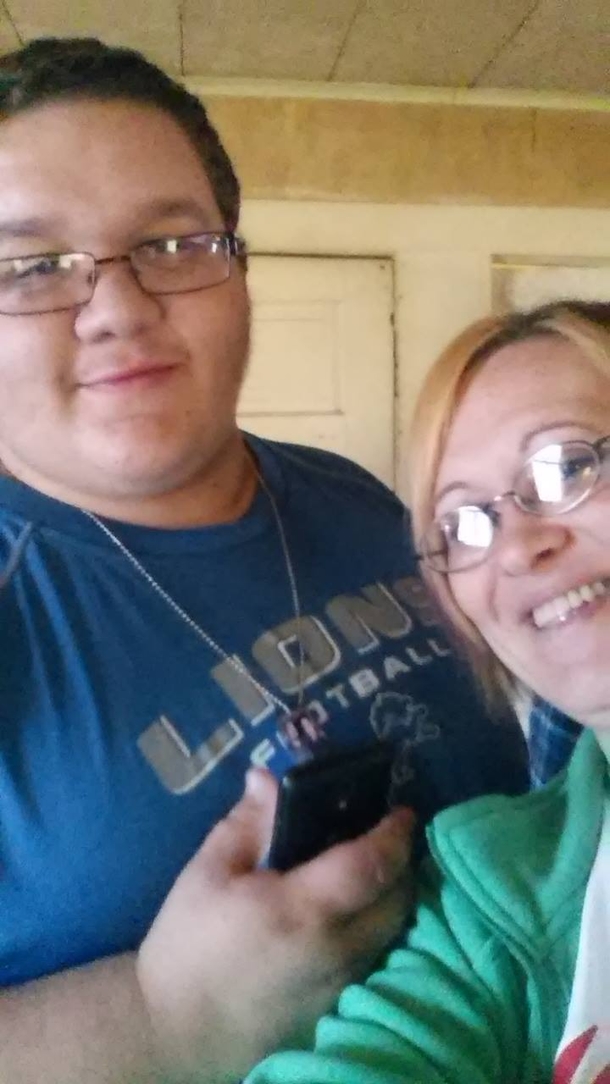 One might assume at this point that the only course of action on Dawn’s part would be to wish Crystal’s son well and tell her not to worry about working.

Sadly, instead, Crystal received this in response: “That isn’t how we do things, so I’ll accept you’re quitting.”
Shocked and hurt, Crystal posted the exchange with her boss to social media. Unsurprisingly, it went viral. 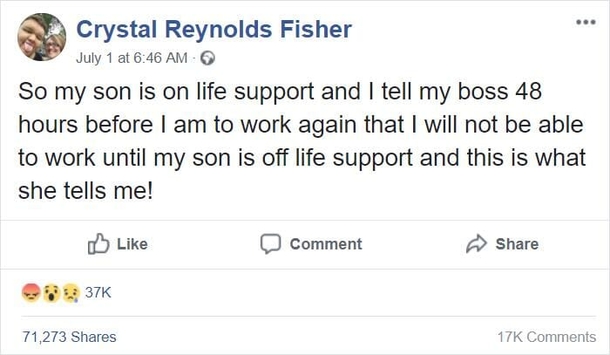 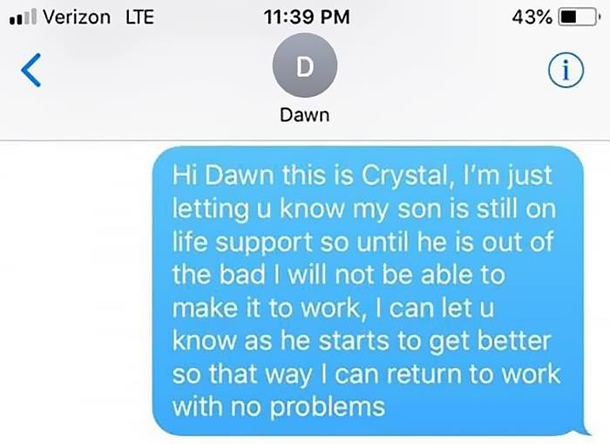 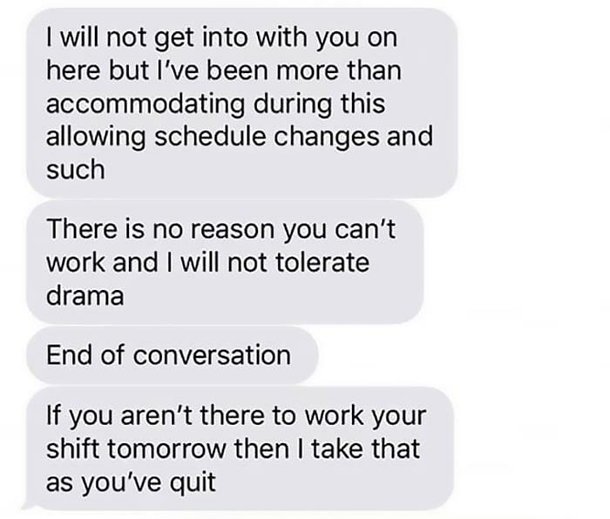 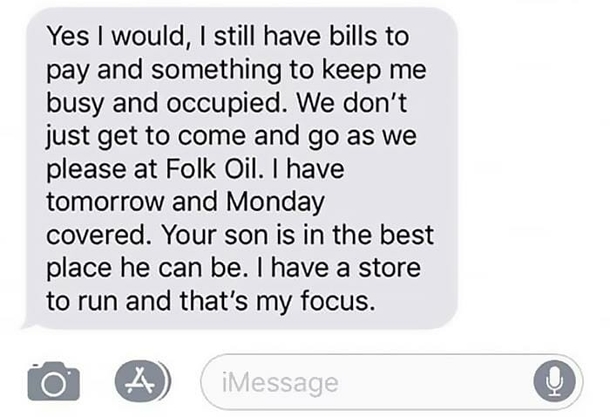 People simply couldn’t believe how utterly heartless and cruel the manager was being.
Fortunately, PS Food Mart and Folk Oil Company soon caught wind of the debacle and stepped in … on the right side of the argument. They first issued a post explaining to the public that they were investigating the matter, before later confirming that they had removed the manager in question for gross mishandling of the situation. 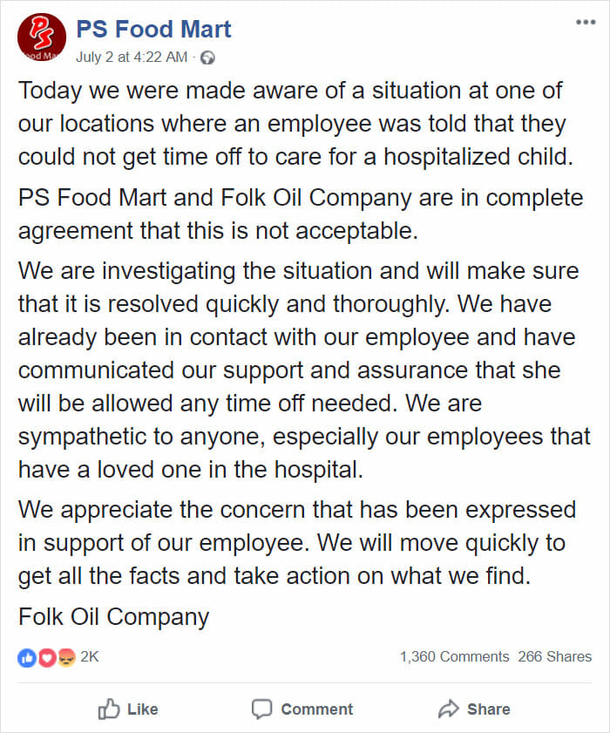 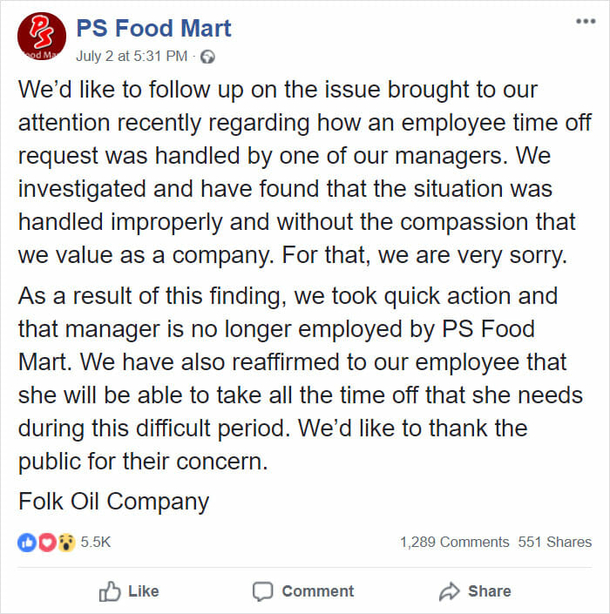 Share this article to wish Crystal and her family well in the future.