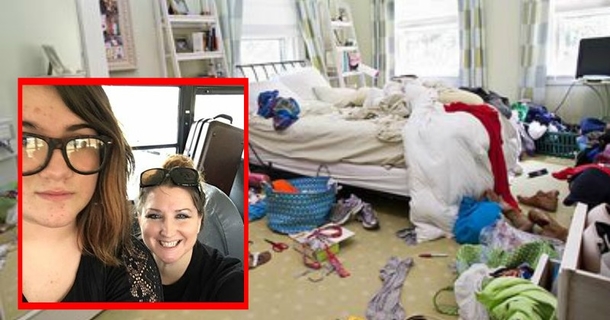 After growing tired of telling her children to pick up their rooms over and over again, an Indiana mother finally hit her boiling point.

Deciding to teach the girls a lesson once and for all, the woman’s solution was so profound that it even had some calling Child Protective Services (CPS), saying it went “too far.”

Alice Velásquez is a proud mother, but when her children weren’t listening, she knew she had to do something. After repeatedly telling her teenage girls to clean up their room only to see it looking like “homeless people live there,” she decided to do a little tidying herself – but her kids were not going to like it.

According to her post gone viral, Alice cleaned up their rooms and put everything into 13 garbage bags. However, rather than throw them all in the garbage, the ingenious mother presented the catch – the girls could buy back the bags for $5 apiece.

Making matters even better, she went on to say that they would earn the money they needed for their belongings by doing chores around the home. 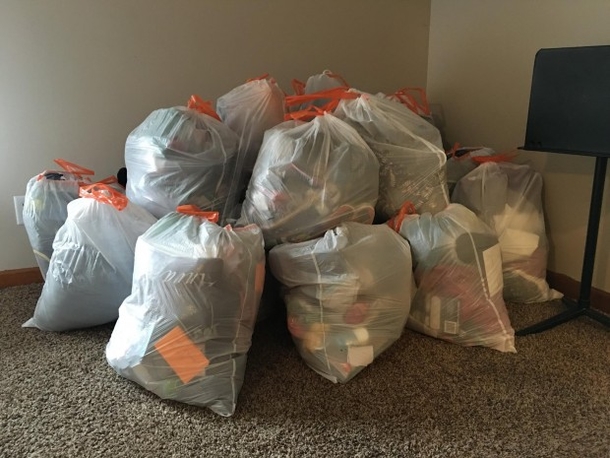 As one would imagine, the post went viral with parents across the country praising her “tough love,” saying that’s exactly how they were treated when they were kids and didn’t listen. However, others didn’t quite feel the same way. In fact, one Facebook user by the name of Lee Haze, wrote a response:

I reported you to a social worker. Your neglect towards an obvious adolescent is child abuse. Don’t share your dirty laundry on Facebook if you don’t want to face the possible prison time.

You live in Indiana? They will be contacting you this week for a home investigation.
Unfortunately for Lee Haze, the no-nonsense mom was quick to the draw with another scathing post:

“FIRST OF ALL, MY PARENTING CHOICES ARE JUST THAT, MINE!! None of you nasty people know me or my children or a single thing about our situation. My children are all loved, treasured, very well cared for, social, active in band, choir, church youth group, soccer, track, swimming, scouts, study buddies, amongst many other family activities — so before you JUDGE ME, come spend a day with children who have been raised with respect, who have chores and responsibilities and who have parents that take an ACTIVE role in parenting and then form your own INFORMED OPINION!”

Since the initial post, Alice’s daughters have already “bought” back all of their belongings with the help of siblings who pitched in to help. This is what it’s all about folks – accountability. If you don’t listen, those actions have consequences, and kids these days are seldom taught this reality. Sadly, moms like Alice are a rare thing these days.