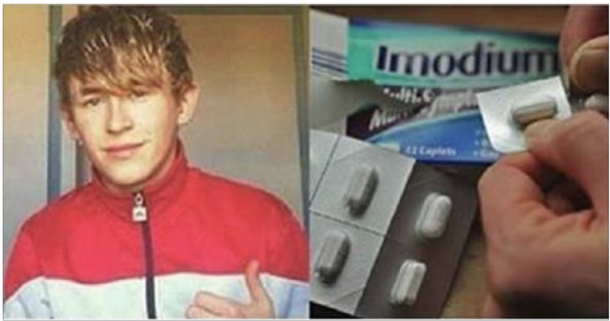 In upstate New York, a local mother saw a pile of Imodium A-D boxes in her teenage son’s bedroom. She was surprised, because as far as she was aware, her son didn’t suffer from any form of incontinence issue.

The pills were being bought and consumed for something more sinister entirely.
The product is flying out of stores from behind the counter, because when consumed in a large enough quantity, it replicates a heroin-esque high.

“It’s an opioid agent and it helps to bind receptors in the brain and cause a similar euphoria or high,” said Dr. Scott Krakower, a physician who specializes in addiction disorders at Northwell Health, according to CBS News.

Kids found a cheap high in the drug that seemingly would be harmless, and in fact is — in small doses. However, in the high doses required to hit the high that is sought, it is incredibly dangerous.

According to CBS, these kids have been ingesting anywhere from 50-300 pills perday. “According to the study, Imodium A-D, in large doses, works in the body the same way as heroin, morphine, and oxycodone,” CBS News reported. “However, Imodium A-D is a cheaper alternative, as big box stores sell 400 tablets for less than $10.”

Unfortunately, at least for now, this is completely legal, and given the obscene cost of heroin compared to an over-the-counter medication, this trend is only likely to rise. However, even those just experimenting with a new drug could feel permanent side effects.
Patients have been known to suffer from severe, incapacitating stomach cramps, heart failure … even death.

You may be thinking, “Why is this the first time I’ve heard of this?” And that’s a major part of the problem.
With no public outcry, the pills continue to be, although over the counter, incredibly easy for teens to access.

Please share this on Facebook and Twitter and tell our children — this is no drug to play with. Please be on the lookout.
What do you think should be done about this threat?