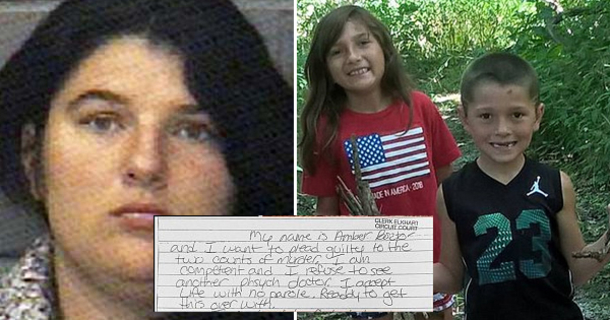 A mom residing in Fort Wayne, Indiana, admits that before she murdered her two innocent kids, she gave them a disturbing choice between life and death.

Amber Pasztor has been charged with the murder of both her son and daughter 6-year-old son Rene Pasztor and 7-year-old daughter Liliana Hernandez, as reported by WANE.

During an exclusive interview via video chat from Elkhart County Jail with reporter Brett Thomas, Pasztor confessed to smothering her kids to death.

“Who did you smother first?” Thomas asked Pasztor.

“My daughter,” she responded, to which Thomas asked, “And then Rene?”
“Yes, he wanted to go with her,” Pasztor said.

Pasztor explained that she gave her children a choice before she murdered them.

“I gave them a choice,” she said. “That they can live traumatized like their mom or they can go to heaven with God and be better off.”

“And they chose to go to heaven?” Thomas asked.

“Yes,” Pasztor responded, adding that her daughter said she would kill herself before she let anyone hurt her.

Thomas then asked whether the children fought against Pasztor while she smothered them, of which she said, “A little bit, yes.” 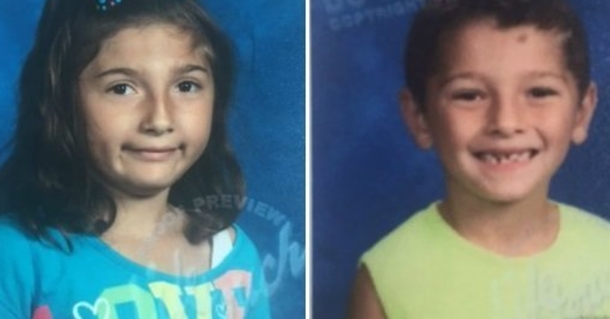 The day Pasztor killed her children, she took them from her father’s home — their legal guardian — by kicking in his front door. She put them in a stolen car and drove to Michigan.

It was in Michigan that she became aware that an Amber Alert had been issued for the children. She then decided to kill them to keep them safe, she said.

“They were in good hands but I don’t think they were safe,” Pasztor said. “My kids are in a better place … they’re in heaven now. They don’t have no worries no more.”

She said the Amber Alert cost them their lives.

In the interview, Pasztor also admitted to killing her neighbor, 66-year-old Frank Macomber. She said she planned his murder days in advance after agreeing to go camping and have sex with him.

She says she shot him with his own gun and then stole his car.

Pasztor said she did not have the heart to use the gun on her children, so she smothered them instead. She claims she dumped the gun in a Michigan river.

To date, Pasztor has not been charged with Macomber’s death, reports WANE.

Pasztor is charged with one count of murder for each child. For each count, she could be sentenced to between 45 and 65 years in prison and a fine up to $10,000.