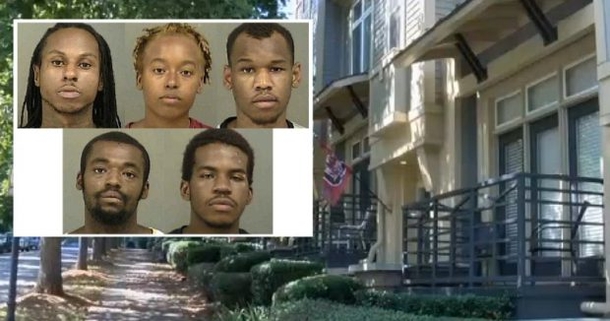 A pack of cocky criminals in North Carolina were used to entering any home they picked and taking whatever they wanted. When they planned to do same at one house in Charlotte, they walked on a scene they weren’t expecting and quickly regretted it, but it was already too late.

After getting away with a break-in earlier in the day on Friday, five criminals were feeling pretty cocky and untouchable when they decided to get more on round two. However, it didn’t take long to realize they aren’t above the law, no matter what they thought, when the waltzed into an uptown townhouse and made an officer’s job too easy.

Hours before their second break and entry, a man came home to find the criminals inside his home. Apparently, they didn’t see him, so he quietly snuck out before they realized he was there. Then, he immediately called the police to report the home invasion.

Three of them had escaped the home by the time cops responded to the call, but 33-year-old Johnny Penny and 24-year-old Javonte Cathcart were still there and immediately arrested. However, as cops were investigating the scene, they couldn’t believe what turned up two hours into it. 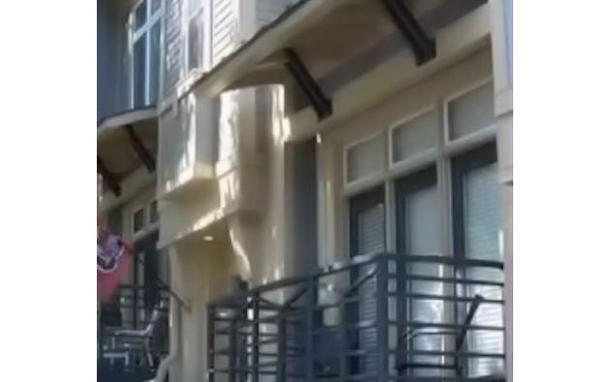 According to WBTV, Charlotte-Mecklenburg police were still on the scene when the remaining three suspects returned to steal more from the man’s house. Their patrol cars had to have been parked right outside the townhouse and visible to anyone who entered, but that didn’t seem to stop these stupid criminals, who helped themselves by going back inside the stranger’s home.

They realized their ridiculous mistake as soon as they broke in and saw the officers there. The idiots tried to run away but didn’t make it too far. Investigators nabbed Malik Long, 20, Khalil Wallace, 22, and Jamaka Culbreath, 16, and charged them, along with the initial two culprits, with felony breaking and entering and attempted larceny charges. One of them was caught with marijuana on him, which may have contributed to their collective stupidity. These hoodlums ensured the karma they had coming to them by being so cocky that they tried to hit the same house twice.