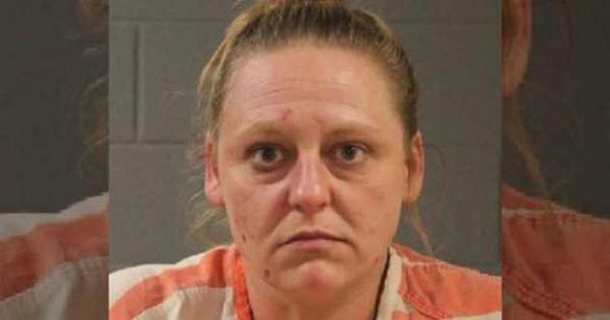 A Utah mom who was arrested last month for locking her 12-year-old son in a bathroom for several years is now complaining that she wants a better jail cell.

According to St. George News, Brandy Jaynes has been behind bars since last month, when authorities discovered that she had been keeping her son locked in a bathroom for as long as two years.

Washington County authorities later revealed that the 12-year-old boy weighed just 30 pounds when they found him and “looked like he was the victim of a concentration camp.”

The boy was found in the bathroom by his father last month, and Jaynes was immediately charged with felony child abuse within days, on January 9.

Washington County Sheriff’s Office told reporters that the boy’s siblings had revealed to police during an interview that their brother had been locked inside of the bathroom for at least a year or two before he was finally found.

“A baby monitor was set up so voices could come in but not out. So they could give instructions to the child that was in the room,” WCSO Lt. David Crouse told CBS.

Crouse said that when authorities walked into the bathroom, they found urine, fecal matter, open cans of food, and a video camera capable of Wi-Fi monitoring.

In his opinion, Crouse said the bathroom would absolutely fit his “definition of a torture room.”
According to reports, by the time the boy was found, he was so thin and frail that he could not stand on his own.
One doctor at the hospital where the boy was later treated said this was by far the worst case of malnourishment he had ever seen in his career.

Authorities also revealed that the boy had likely been kept in pure darkness for quite some time, as the light switches on the walls inside the bathroom were covered in duct tape to prevent them from turning on.

But even after all she has put her son through for the last two years, Jaynes believes she still deserves better conditions in her jail cell, and her lawyer is demanding that she have a better living situation.