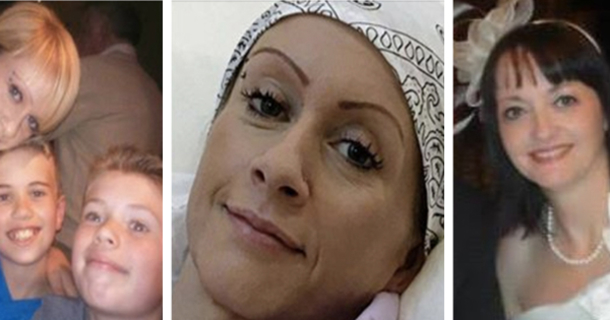 When Nicola Hitchen was admitted to the hospital in March complaining of abdominal pain, she had no idea it was only the beginning of a long journey.
She was initially diagnosed with a pelvic abscess and sepsis, but as doctors worked to get the infection out of her system, they found something else: cancer.
Tests revealed a tumor on Nicola’s cervix, but doctors had to wait until her infection was gone before they could begin treatment.In those seven weeks, the tumor grew and spread, going from a treatable stage two to a fatal stage four.“It was such a shock,” she said. “It proved really difficult to get rid of the abscess and, by the time the infection had gone I was told it was too late to treat the cancer.”
But Nicola, a mother to two young sons – Joseph, 14, and Jacob, 12 – was not about to give up so easily. She decided she had two paths to choose from:“Either you accept this is what’s happening and sort your affairs out – or you start looking at other options. The first wasn’t an option for me.” 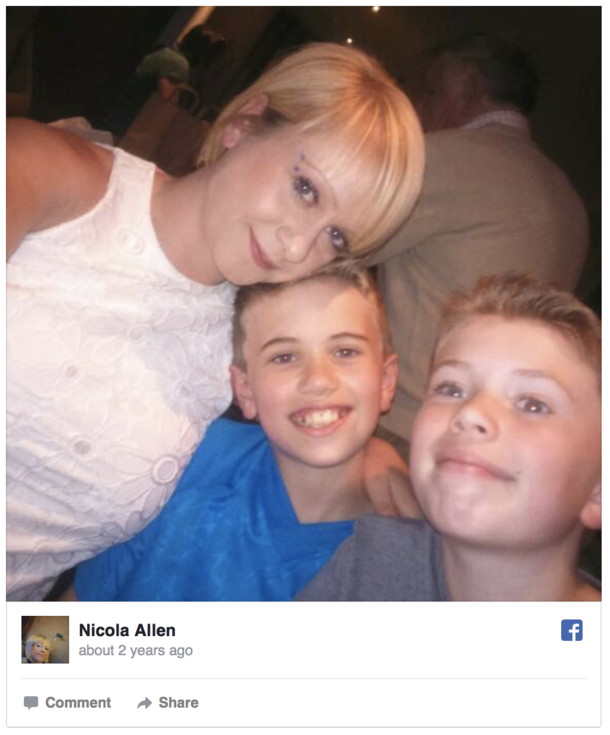 As she began to do some research, she found a center in Istanbul called ChemoThemia which combines chemotherapy and heat treatments to break down the tumor. She decided to try it, and the results were miraculous.

“In 10 days, I went from being on six or seven different painkillers a day to not needing any,” she said. “It was amazing.”

But the treatments came at a hefty price. The first five sessions cost £80,000 and Nicola ran out of money before she could complete the treatments.

Devastated after seeing so much progress and healing, Nicola didn’t know what she was going to do. Then, help came to her from the most unlikely of places.

Nicola’s ex-husband, Andy Hitchen, had recently gotten remarried to a woman named Claire. When Claire heard about Nicola’s troubles, she knew she had to do something to help. 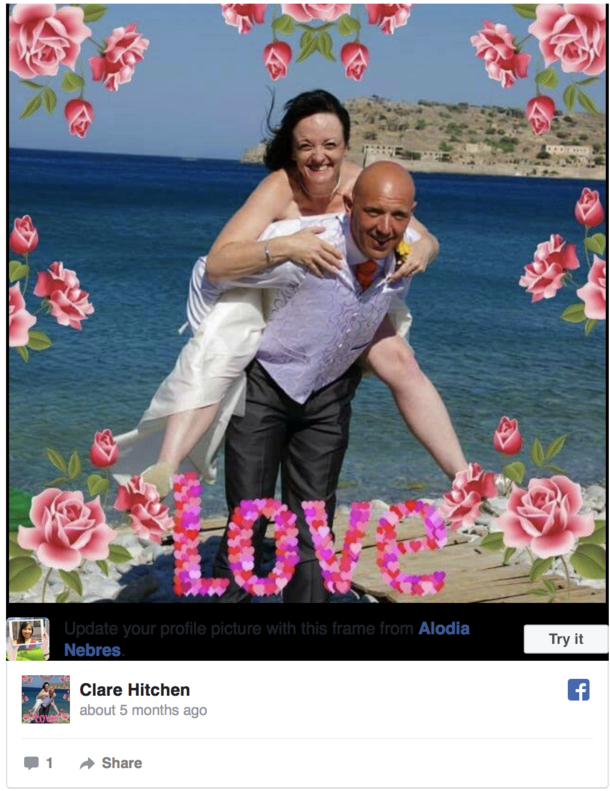 “Joe and Jake are my stepsons. Niki is my husband’s ex-wife and amazing Mum to Joe and Jake,” Claire said. “Niki continues to put them first throughout all of her treatment. Joe and Jake are also amazing big brothers to our three year old daughter and she adores them as they do her.”She set up a fundraising campaign to procure the funds for Nicola’s treatment.“Money is running out and Niki may not be able to continue with her life-saving treatment,” Claire wrote on the Just Giving page.
“This is not an option — the boys need their mum and she deserves the chance to watch them grow into men and have their own families.”The campaign has already raised over £24,000 of its £50,000 goal.Nicola has been overwhelmed by Claire’s actions as well as by the generosity of so many friends and strangers.“I’m completely overwhelmed – everyone, especially Claire has been amazing,” she said. “I didn’t think people liked me that much.”She said it has been healing for her family as well.
“It’s brought us all even closer together,” she said. “The support I’ve been given has been phenomenal, not just from my family but from complete strangers too.”Thanks to Claire’s selfless kindness and the generosity of so many others, Nicola now has the chance to live to see her sons grow up and thrive. There is no gift more beautiful than that!