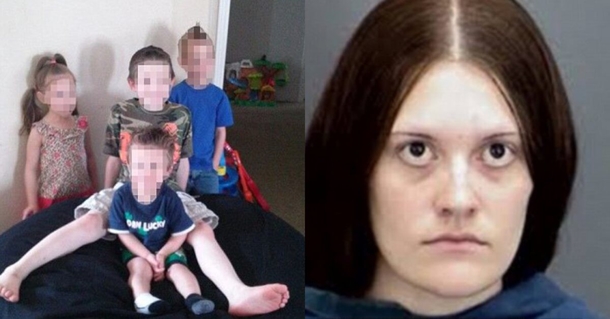 A Texas mother is being held on a $3 million bond for what must be the most cruel punishment ever imposed on children. Last week, police arrested Sara Anne Woody, 24, of Burkburnett, Texas. She faces a total of 30 criminal charges that include 27 counts of injury to a child and two charges of witness tampering.

According to the Wichita Falls Times Record News, Woody is accused of making the boys, 7 and 12, lick filthy toilet rims as punishment when she believed they are lying to her. Woody also allegedly struck the boys’ genitals with a belt and burned their tongues with a charcoal grill lighter.

Authorities were tipped off after one of the boys was taken to the hospital for a lip injury. Investigations into what was going on in the house reveal that Woody punished the boys whenever she believed they were lying to her.

The victims were interviewed at Patsy’s House Child Advocacy Center in Wichita Falls. One of the victims said Woody forced him to do push ups. If he dropped to the floor, she would repeatedly hit him with a paddle or tent pole. 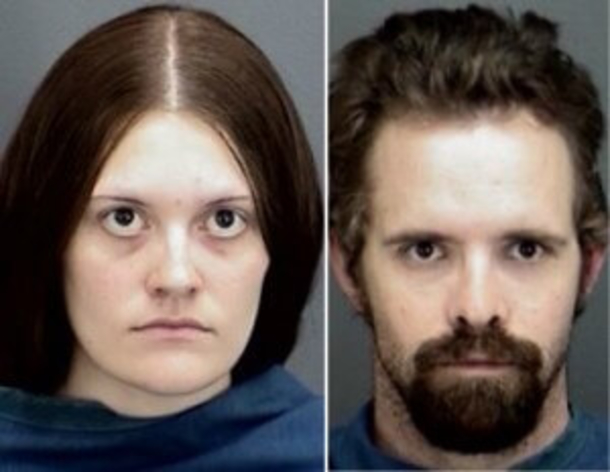 Police Detective Donald Osborn, who has been working on the case since March, said he thought the 12 year-old boy was around 7 or 8 because he was so small.
Authorities arrested the twisted mother’s husband, Jonathan Darrell Woody, who was charged on three counts of child endangerment and one charge of witness tampering. He is held on $550,000 bail. He apparently knew what his wife was doing and did nothing to stop it. Sick.
The witness tampering charges stem from the allegation that the parents told the children to lie to authorities.

The two boys, along with three other children who were living in the couple’s home, are with family members.
To make matters even worse, Woody is currently pregnant.

Of all the crimes men and women are capable of, child abuse has to rank among the worst. There are no words for what this women did to these poor children, who will no doubt be scared for the rest of their lives.

She should be forced to sit in prison for a long time and endure the same kind of punishment she dealt to her stepsons when authorities suspect she is lying to them.

Share this story and let us know what you think should happen to Sara Woody.