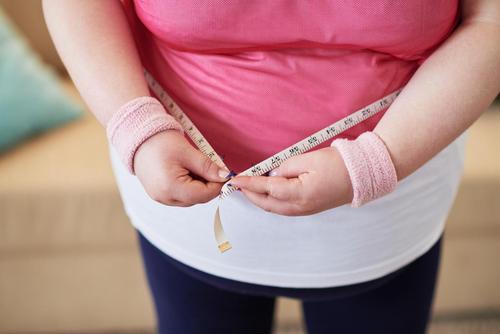 There’s a saying that health is wealth, and for some people in England, this couldn’t be more true. Overweight people working on shedding the excessive pounds are now being incentivized to keep up their hard work with a new plan to tackle the obesity crisis in the country. By encouraging people to purchase healthier foods, work on tracking their exercise and pick up overall better habits, government officials hope to lower the rate of obesity that has been taking over the nation.

In the hopes of helping people slim down to a healthy size and find better habits, Boris Johnson has pledged to help the country reach this goal by implementing a health incentive scheme. Sir Keith Mills, the founder of Air Miles and Nectar, has hopped on board to add his own sense of encouragement.

Over the past year, people have been paying more attention to their health because of the ongoing pandemic and the risks involved with contracting the virus. Being in tip-top shape can be crucial for people who are prone to illnesses, as well as just helping them live a happier and healthier lifestyle. Sometimes losing weight can be as simple as just switching up your diet or changing your exercise routine, but for some, this can be a bit more challenging.

With a new incentive being launched in England in the upcoming year, plenty of companies are on board with the plan and government officials have high expectations that the rate of obesity will soon be slowing down and that the plan will help people pick up some healthier habits.

The Telegraph reported that overweight people could be given discounted supermarket vouchers and prescribed Fitbits due to the new plan to help tackle the obesity crisis sweeping the nation. Encouraging shoppers to buy healthier food while saving money could be the change the country needs to help better its people’s eating habits. Research from the World Health Organization (WHO) has shown that two in three British people are overweight and one in four are obese, as per the Daily Mail.

“The health incentives scheme could be a vital tool in the government’s plan to tackle health inequalities and encourage healthier behaviors,” Mills told the Telegraph. “This is a fantastic opportunity for businesses, the public and third sectors to come together and deliver a new and exciting way of supporting people to healthier habits.”

Mills added, “This is why we are calling for interested partners to come forward with their innovative ideas and help play a pivotal role in the government’s plans to improve public health.” The new plan follows the Department of Health and Social Care (DOH) and will no longer be advertising junk food online and before 9 p.m. on television by 2023. Johnson has also pledged to help the nation work on bettering its people’s healthy habits.

The Telegraph reported that the £6 million scheme is set to be launched in January and could be rolled out nationwide if it’s successful. Health officers have also looked into using smart technology to help with the program’s success. Public health minister Jo Churchill said the scheme could “help us understand the role that rewards and incentives could play in helping people lead healthy lives.”