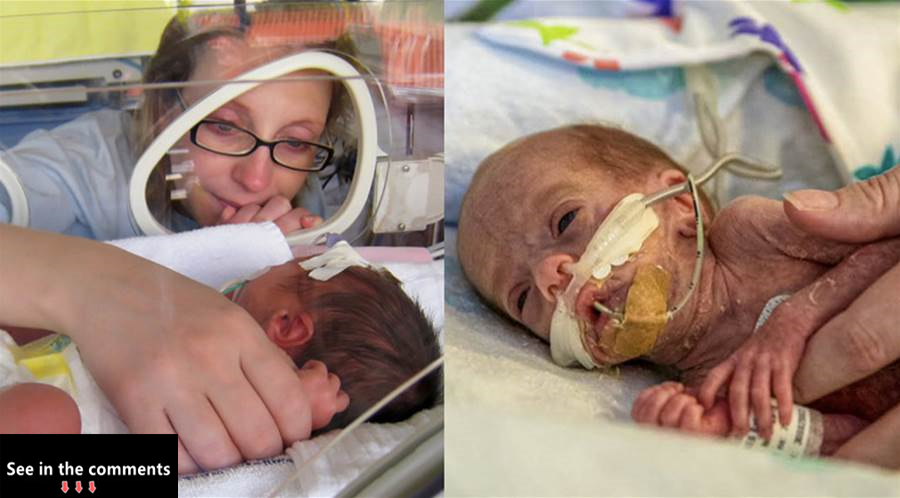 On February 18, 2022, lisa Hoe and her husband were experiencing what they thought would be the worst day of their lives. The doctors were informing them that there was nothing more they could do for their infant son. When the parents were ready, they would remove him from life support. Fourth from there, baby Carson would have mere minutes left of life. Then something miraculous happened.

This is an incredible story. Lisa Ho and her husband’s baby boy were not doing well. He was intensive care on a ventilator, and things were not looking good. The doctors were doing everything they could, but both they and the parents knew the inevitable. There wasn’t anything more they could do for baby Carson.

The moment came when Lisa and her husband had to make a decision that no parent should ever have to make. Under the guidance of the doctors, they knew that nothing more could be done. It was time to take little Carson off of life support. The doctors informed them that once they had removed their baby boy from intensive care and off the ventilator, he would have very little time. Their estimate was about ten minutes before he would pass away.

He wasn’t able to breathe on his own, and ten minutes was about the longest his tiny heart could go without oxygen. With that knowledge, they removed him from all the tubes and wires that were keeping him alive. While we weren’t ready to say goodbye to Carson, we’d come to terms with the inevitable. We were given ten minutes after withdrawing intensive care in the ventilator and told he wouldn’t breathe on his own and to expect his heart to stop within those ten minutes. At 03:00 p.m.

Today, he was removed from care. Lisa wrote in her Facebook post. This was one of the most devastating moments in the parents’lives. They were not ready to say goodbye to their precious baby boy. They never would be.

Unfortunately, they knew they were completely out of options. That’s when something absolutely miraculous happened. When the doctors removed the ventilator, little Carson immediately began breathing on his own. His heart rate and oxygen both stabilized. Carson wasn’t dying.

He was still going 5 hours later, and their little boy was still chugging along. Here we are 5 hours later with this miracle baby that we were told would never breathe, swallow, have gag reflexes, or even survive. He’s breathing unassisted. He’s gagging, coughing up secretions from the vent. He’s swallowing.

He’s surviving. He even slightly opened his eyes a couple of times today. The doctors and the entire intensive care team had no explanation for it. They were just as shocked as Carson’s parents were. Every single test and vital sign said that without the ventilator, baby Carson would die.

Die. However, he didn’t. Of course, no one was sure if he would stay that way or for how long. But it was a little shred of hope. In an otherwise very dark moment, about ten days later, Lisa updated her Facebook with yet more good news about her baby boy.

The baby boy who was supposed to die after ten minutes was still alive after ten days. That and he was continually improving. Carson is officially off oxygen and is maintaining his saturation. He’s now able to regulate and maintain his own body temperature and no longer requires thermal regulation. He was also transferred to a fancy new room and into a crib yesterday.

He’s now crying, which is still music to our ears, and is now successfully sucking his pacifier, which is great for oral stimulation, but wears him out fairly quickly, she wrote. The parents were spending as much time as they could learning from the nurses about his medications and care. They wanted to be ready for the time when, hopefully, they’d be able to bring their baby boy home. He was on track to go home that coming weekend. Finally, on March 1, they were able to bring their little son home.

It was even nearly a full two days earlier than expected. His parents and grandparents were on hand at the hospital overnight, leading up to his release to learn everything about his care and how to work the various medical equipment that he still needed. Every day I’m brought to my knees, and just when I think God is done, I’m quickly reminded that he isn’t. I’m not sure what Carson’s life purpose is, but you can bet I’ll devote the rest of my life helping him find it. And we’ll remind him every day just how loved he is, how strangers become family, and how he gave hope to some that were lost, how God worked on him and through him.

Congratulations to the entire family. We wish you a lifetime of happiness with your miracle baby.