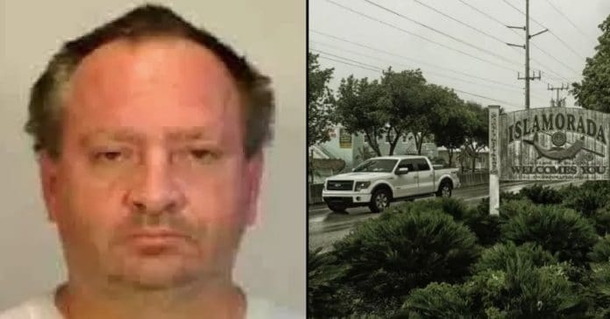 I am always heartbroken when I hear someone is abusing their animal. And you have scumbags like the man in this story that always have weak excuses as to why they are not able to take care of their pets.

If you are not able to afford a pet, then you shouldn’t have one. That simple. If you do not have the time, energy or effort to raise a pet, you should not bring one into your home. Simple.

Frank La Peruta, 54, was arrested on animal cruelty warrants issued on October 8 in Okeechobee County, Florida. According to a court report, 14 counts of misdemeanor animal cruelty were filed against the defendant. This was after a thorough investigation of a one-acre property where investigators found six neglected or mistreated horses, 10 cats that were locked in a shed, and 2 uncared-for dogs.

During a routine traffic stop, Monroe County sheriff’s deputies heard barking coming from the parking lot of a local business. Deputy Bryan Branco investigated the noise. Approaching the SUV, he peered through the partially open windows and saw 12 pairs of canine eyes staring back at him.

When he investigated further, he discovered there were actually 13 dogs inside. Most were smaller dogs while two were larger mixed breeds.
Guess whose dogs they were. That’s right – La Peruta’s. 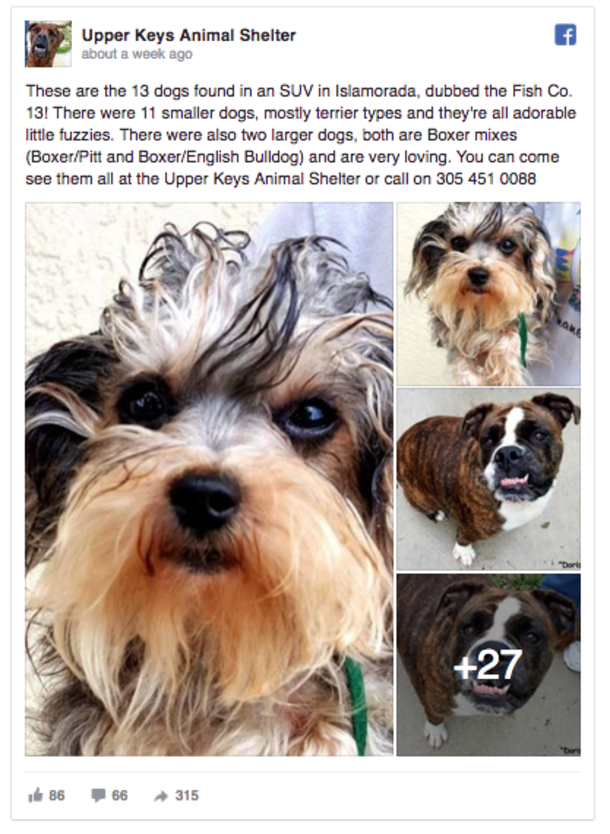 The report filed by the deputy described the pathetic excuse La Peruta used to explain why the dogs were crammed into such a small space, infested with parasites, and covered in feces:

“La Peruta advised he could not rely on anyone to properly care for the dogs in Okeechobee, as he worked in Islamorada, and decided to bring them with him,” Branco wrote in his report.

Animal Control officer Kevin Hooper said it took quite some time to remove the dogs from the car as “the vehicle was full of dogs and food and feces.”

The dogs weren’t starving, but they had matted hair and both internal and external parasites. They were taken to the Key Largo Animal Shelter.

Marsha Garrettson, the manager of the Key Largo Animal Shelter, was shocked when she saw the dogs being brought in.
“I don’t think we’ve ever had this many dogs come in at one time,” she said. “We were fortunate we had the room, but we still have to move some dogs.”

After veterinary treatment and care, the dogs will be ready to find forever homes. La Peruta, on the other hand, will face a judge later this month in a scheduled hearing for his first slew of charges.

Were you happy to see these animals rescued from their horrible states? So share this!