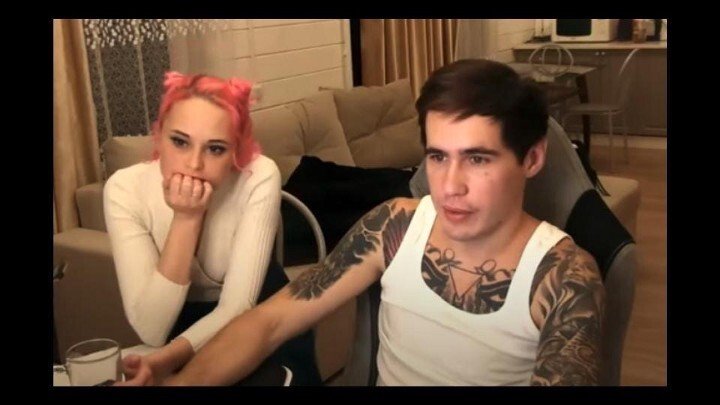 He continued the broadcast even after killing his girlfriend

Stanislav Reshetnikov, a vlogger, famously known as Stas Reeflay, inflicted inhumane physical abuse on his pregnant girlfriend, Valentina Grigoryeva, when a viewer asked him to do so for merely $1000 in his live YouTube video. Valentina’s beating was followed by Stas stripping her naked and forcefully locking her outside the house in subzero temperatures of December.

Valentina kept on knocking on the door telling him that she was going to die. After 15 minutes, Stas checked on Valentina as she stopped knocking on the door. He found Valentina unconscious, not breathing, and pale. Stas made a failed attempt at resuscitating his girlfriend by giving her CPR. Eventually, he grew scared of what he had done and called the paramedic team.

The paramedic team arrived and announced Valentina dead upon examination. Initially, she was assumed to die from hypothermia. However, the forensic team revealed that Valentina had died from a head injury inflicted upon her during domestic violence. The police arrested Stas soon after he killed his pregnant girlfriend for money. He was given a sentence of six years by the court in 2021.

Stas Reeflay Agreed to Beat Valentina on a Viewer’s Request

Stanislav Reshetnikov, a 30-year-old Russian YouTuber, went by the name “Stas Reeflay online” on YouTube. Stas’s YouTube channel had reached 6000 followers before it was taken down. He used to go live on YouTube and accept his audience’s requests for money. Stas’s entire YouTube was filled with dirty physical pranks, sexualizing women, and assaulting people.

Stas was in a relationship with the 28-year-old Valentina Grigoryeva, whom he called Valya. The couple was actively engaged in “trash streaming”. Trash streaming is a toxic subculture in Russia that Russians widely follow to make money online. Trash streaming is extremely disturbing yet lucrative at the same time. People pay streamers money to fulfill their requests, most of which are inhumane wishes. Valentina became a victim of one of these requests during her live session with her sadist boyfriend.

On 2 December 2020, Stas went live with his pregnant girlfriend, Valentina, and their friend, Marina, who had come for a night stay. All three of them were consuming alcohol throughout the live session. After 2 hours of live streaming, Stas received a bizarre request from one of his viewers. The viewer offered him $1000 if Stas would beat up his pregnant girlfriend. The viewer continued his request asking Stas to lock Valentina naked outside in subzero temperature. Initially, it was all fun and jokes until Stas got serious about the request. Stas accepted his viewer’s request for petty cash and started misbehaving with Valentina. Valentina tried to resist Stas at first, as seen in the live stream. However, Valentina pulled out a pocketknife when Stas began to manhandle her.

Marina tried to calm Valentina down in the most nonchalant manner. Stas forcefully took Valentina behind the camera, presumably to lock her outside. Loud voices of yelling and beating could be heard. Stas then stripped off his pregnant girlfriend forcefully without her consent and yelled at her to “sober up”. He took his near-naked girlfriend and locked her outside his house in a -3 to -8 degree temperature.

Valentina Bangs on the Door Desperately Before Losing Consciousness

Valentina banged on the door; however, she stopped knocking on the door after a few minutes. After a brief time of 15 minutes, Stas went to check on Valentina. He found her lying unconscious on the floor, nearly naked in a bikini. He dragged Valentina inside his house and shook her to revive her consciousness. However, she looked pale and did not wake up. Stas became worried for Valentina and attempted to resuscitate his unconscious girlfriend, but all efforts remained vain.

He cried for Valentina to wake up in his live stream, saying: “Valya, are you alive? My bunny, what’s up with you? Valya! Valya! Damn, you look like you are dead. Bunny, come on, tell me something. I am worrying. Damn, I don’t feel her heartbeat.” Stas continued, “Guys … No pulse … she is pale. She is not breathing.” (Stas Reeflay)

He begged Valentina to wake up, telling her: “I love you!” but she never revived. He then lifted Valentina from her legs and placed her on the couch. Stas covered Valentina’s cold body with a blanket. Stas cried a tear and called the paramedics team while still being on live streaming. His audience asked him not to end the live stream and even paid him $1500 to carry on the live streaming.

The paramedic’s team arrived in no time and eventually declared Valentina dead from hypothermia. Stas had killed his pregnant girlfriend by beating her up and locking her naked outside in spine-chilling weather for few bucks.

The paramedics initially believed that the 28-year-old died from hypothermia. However, the forensic team later confirmed that Valentina died from a head injury. Her reports stated that she had suffered from “craniocerebral trauma” and “multiple bruising on the face and hemorrhaging of soft tissues”, which caused her death. Stas was a violent boyfriend who often slut-shamed Valentina as well. His lack of empathy killed his pregnant girlfriend.

Stas Arrested and Charged for Manslaughter

The police arrested Stas for killing his girlfriend. However, Stas defended his position claiming it to be an innocent prank that went wrong. The Russian court initially charged him with two-year sentence for manslaughter. The prosecution told that he would be charged with a minimum of 15 years sentence if found guilty of abuse and murder. In April 2021, Stas was charged with manslaughter and inflicting grievous bodily harm on Valentina.

Stas “testified that on the day in question, he hit the deceased several times on the head” and admitted “beating her,” stated a law enforcement source.

The Russian court gave him a sentence of six years in a strict penal colony. All his videos were taken down, and his channel was removed from YouTube. A YouTube representative claimed that Stas’s channel was not monetized, and he had only 6000 followers, so they could not find it earlier.

She strongly condemned this kind of behaviour. She said, “We are shocked to learn of this tragic incident. This kind of graphic content is not acceptable on YouTube.” (YouTube Spokeswoman)

Aleksey Pushkov, a leading Russian senator, has taken matters into his hands. He called for specific legal harsh punishments and fines for “trash streams”, emphasizing cruelty.

He Said: “This is becoming more and more widespread, so it is necessary to legislatively respond to this form of activity.” (Pushkov)