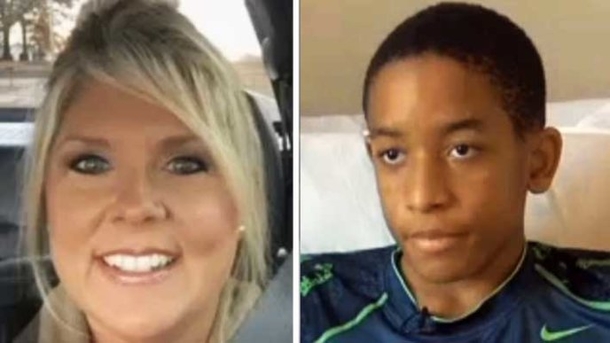 Isaiah Griffin is in the 7th grade and like most kids, he is excited for Christmas break and trying to avoid any virus is going around.
The virus that has been the most contracted at his middle school in Jackson, Tennessee, was the stomach flu.

The school’s nurse, Carrie Stephenson, had already seen three cases of this stomach flu from three difference students and three days. When Isaiah came to see her, she assumed that he would be the fourth kid to catch this stomach virus. After examining Isaiah, Stephenson, who usually would just send a kid home, made a split second decision that saved his life.

Stephenson didn’t know what was wrong, but she knew it wasn’t the stomach flu. She explained that Isaiah was going in and out of consciousness, his eyes were “rolling around,” and his vomit didn’t look right to her. (Praise God for nurses who not only have to look at vomit, but can tell whether or not it looks strange.) She told The Jackson Sun, “I honestly thought he was fixin’ to die.”

Knowing that something was seriously wrong, the school nurse asked a staff member to call for an ambulance. She stayed right with Isaiah while they waited for medical assistance—monitoring his breathing, blood pressure and keeping him from falling asleep. “I treated Isaiah like he was my own child,” she said.

He was immediately airlifted to LeBonheur Children’s Hospital in Memphis.
Upon arrival, doctors discovered the seriousness and rarity of his condition. Isaiah, just days away from turning 14 years old, had a blood clot located just an inch from his brain. He was having a stroke.

Isaiah’s mother, Deborah Griffin, explained that the drive to Memphis was an experience she wouldn’t wish on anyone. “I was driving, crying and praying. It was the longest drive. I thought I would never get there,” she explained.

When she finally arrived, the news from doctors was not good. They told her that Isaiah only had a 50 percent chance of survival. Sitting in the waiting room, Griffin received a phone call from Stephenson, asking if they could pray together for Isaiah. 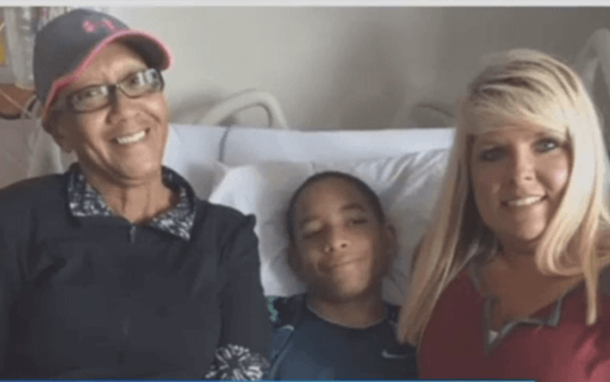 Griffin says that if it weren’t for Stephenson, her son would have had no chance of survival. “For her quick thinking and for what she did and stuff, Isaiah would not have been here…. I could have been planning a funeral. He could have not seen his 14th birthday.”
When Isaiah woke up, Stephenson came to visit him, and he remembered her!

“You’re the lady that helped me. You grabbed my cheeks and told me I was going to be OK,” he said.
Isaiah’s family truly believes that Stephenson saved their son’s life. The school nurse, however, is adamant that she had nothing to do with it.

“To me it was just the grace of God showing through. God was all over that,” Stephenson explains.
Isaiah, who was afraid he would die, says that he’s grateful to be given a second chance at life. He’s hoping to be out of the hospital in time to celebrate his birthday and Christmas at home with his family.

“It was just God that put her there,” said his mom, adding, “This is going to be one of the best Christmases.”
“Ms. Carrie has given me a gift. It’s just the most precious gift she could have given me.” ♥