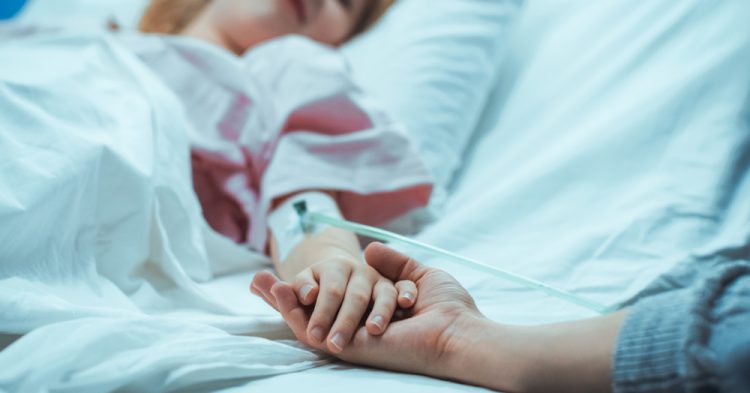 Why would a parent lie about their child having an illness?

Usually, the primary goal of making up disease is to win people over. People enjoy being the focus of attention, as well as the steady flow of greetings, presents, and phone calls from concerned family members and friends.

Sometimes hoaxes are done for the most obscenely selfish motive of all: money. Nothing attracts cash and credit cards like compassion for the ill or hurt.

Munchausen’s syndrome by proxy, a rare and terrifying disorder where parents faked their children’s illness

This Munchausen syndrome by proxy is an extremely divisive “syndrome” that many consider to be one of the most dangerous forms of child abuse.

Children raised by mothers with Munchausen’s by proxy live through unfathomable abuse and manipulation.

Munchausen syndrome is named for Baron Freiherr von Munchausen, an 18th-century German cavalry officer. The baron was known for exaggerating his life experiences. He became famous after a collection of his tales was published.

Today, Munchausen syndrome is also referred to as a “factitious disorder.” Moreover, it is sometimes called Munchausen’s syndrome or Munchausen’s disease.

There are famous cases of Munchausen’s syndrome by proxy, one of them is about the life of, Gypsy Rose.

If you heard about Gypsy Rose, in 2015, Dee Dee Blancharde revealed in the world’s pity, that her wheelchair-ridden daughter Gypsy Rose was dying of natural causes. Gypsy was given seizure medicine throughout her childhood, had her little head shaved, and was confined to a wheelchair for years so that she would seem ill. But it turns out that Gypsy Rose was her mother’s cash cow.

Now, in the same circumstances, Lindsey Abbuhl, in Ohio, claimed that her 11-year-old girl was terminally ill in order to raise donations and obtain freebies.

She said that her daughter Rylee Abbuhl, 11, had a terminal illness caused by a central nervous system malfunction.

After learning that she had an untreatable medical condition that could lead her central nervous system to shut down, Rylee had been working with a psychotherapist for the last three years to “process her own death.” Rylee was the beneficiary of charity activities, and the mother-daughter team even received complimentary tickets to SeaWorld. In addition, a friend’s GoFundMe page collected $4,500.

The alarm was raised by Jamie Abbuhl, who had divorced Lindsey in 2017. The story began when Lindsey began informing her friends and neighbors that her home-schooled daughter was unwell.

According to the Daily Mail, Lindsey had even previously claimed to have a brain tumor and had spoken with families interested in adopting Rylee following her passing. She would share pictures of her daughter’s hospital stays on social media since it appeared like bad luck followed the family around. She wrote on Facebook, “This little woman is my best buddy! Please continue to pray for her as we work through her medical issues.”

In order to generate money for medical costs, Lindsey, a supervisor at a bowling alley, planned the ‘Rylee’s Warriors’ youth softball tournament in Plain Township. Wishes Will Happen transported her and her daughter to Key West, Florida. Even the local media outlets reported on the occasion, and Lindsey spoke about how much it meant to her daughter.

The key objective for her was “quality of life,” Lindsey said, adding that she only had two months left before her organs shut down. The Texas A&M softball team invited Rylee to visit College Station, and she went to SeaWorld with her mother since, according to Lindsey, Rylee had always wanted to go.

On the other side, Rylee’s father was growing more worried. He claimed she had constipation and slow digestion. Jamie said that “If she needed my heart, I’d give it to her today.” In terms of her passing away, the outlet stated that some readers had inquired about Rylee’s condition. They asked Lindsey for the girl’s medical records, but she refused. In a report by the Daily Beast, Lindsey previously told the outlet that some of her former acquaintances were trying to discredit her kid by questioning the legitimacy of her illness.

“She has a whole team of doctors (at Akron Children’s Hospital) working on her,” Lindsey previously said, adding that she didn’t know the root of her daughter’s disease.

“That’s sad people have to cause drama. Rylee sits in during her (doctor) appointments; she knows what’s happening to her. So calling me a liar is calling her a liar.”

However, new evidence suggests her mother may have been lying about her daughter’s ailments to countless charities, college softball players, and concerned community members who all stepped in to offer help.

And the authorities have now launched an investigation into the shocking allegations against the 34-year-old daughter.

To support the allegations, the report includes details from a medical professional who reviewed the child’s extensive medical records and reached a troubling conclusion.

“There is no evidence to support mother’s claims that Rylee is terminally ill,” the document states.

In the court document obtained by the paper, Lindsay allegedly went as far as to suggest that her daughter “may not be alive” when the counselor returned from pre-planned maternity leave. The report also describes the child’s participation in regular counseling sessions over the course of the last three years to help her “process her own death.”

Now, a judge awarded temporary custody to the girl’s father after Children Services removed the child from her mother, Lindsey.

The claims made in the case are really eerily reminiscent of Claudine “Dee Dee” Blanchard and her daughter, Gypsy Rose Blanchard.

Healthcare professionals and those who work with children really need to be aware of the symptoms. Hence, they can protect children from harm.