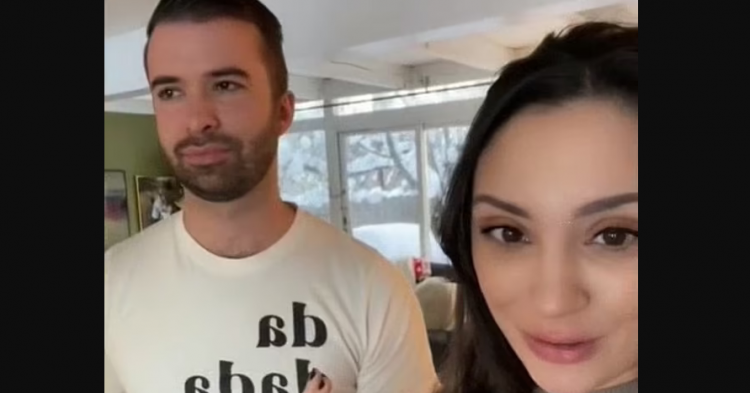 Being a parent will push you to the limit and make you do things you’d never imagine you’d do. This was the situation with the mother who acknowledged having “breastfed” her husband.

Jennifer, who posts on the social media site as @TwoDears, explained why she took the less than ideal step of breastfeeding her husband.

In the video she shared – which has been viewed 11.8 million times – Jennifer explained why her husband stepped in for her baby and latched on: “There are some things in marriage and having babies that you just can’t prepare for. And this is one of them,” she said. 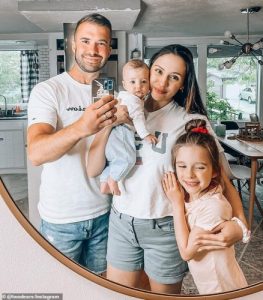 Jennifer was prescribed medicines after being diagnosed as having mastitis, but she was unable to stop the pain. Prior to discovering one wacky cure, she had tried everything, including Epsom salt baths, hot water towels, and taking various vitamins, but unfortunately, the medications didn’t seem to work, and neither did a variety of other methods for unclogging the obstructed milk duct.

“This weekend, I started having pain in my right breast… I’m breastfeeding, so I figured it was a clogged milk duct, which happens frequently for some people.” Jennifer said.

“But I ended up getting a fever and it was mastitis, so I got antibiotics.”

However, Jennifer’s web investigation then produced a fairly undesirable suggestion.

She explained: “I found this article – because I was just Googling and Googling – that said your partner should suck the clog out.

“Mind you, I never in a million years would have ever considered letting my husband…breastfeed…off of me. Nor has he ever wanted to,” she clarified.

Jennifer believed she had no other choice as a result, she began to mention the idea to her husband.

Jennifer said they got a bowl and put it to the side so he could spit out the clot.

“In the beginning he got a small taste of it and he was like, ‘This is actually really sweet’.

“But then at the end when he unclogged it, he was basically about to gag because it started flowing because the clog was gone, and that was enough.”

Thankfully, her hubby’s suckling seemed to do the trick – though it may have done long-term psychological damage.