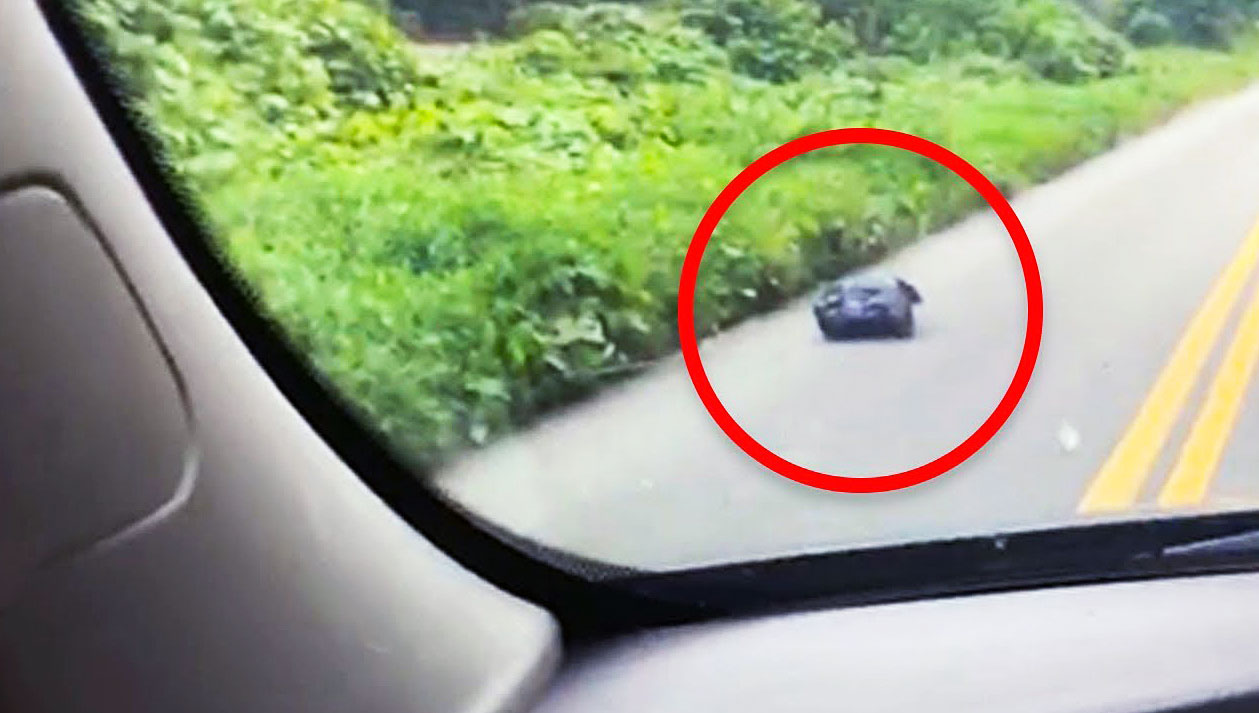 Life works in mysterious ways and if you believe in fate, then here is a story that seemed destined to be right from the start.  We all know how a routine day can change in an instant, and for Malissa Sargent Lewis, her typical morning was thrown off right from the start.  She was running late to work and had decided to cut through a neighborhood in order to quickly reach the elementary school where she worked at.

The back roads were quiet that early Thursday morning, leaving her free to go at her own pace.  As she rounded a corner, she noticed something up ahead in the middle of the road. It was a black trash bag, nothing unusual in and of itself, but the bag seemed to be moving.  Malissa slowed down and eventually stopped near it, she knew something was alive in the bag. Despite not knowing what exactly was inside, she decided that she had to set it free.

After walking over to the tied off bag she decided to tear a hole in it to have a peek at whatever was inside.  As she peered in, she gasped out loud in disbelief, it was a tiny little puppy! He was wagging his tail and looking up at her, as if he knew he was finally safe and free of his dark prison.  The poor thing had been stuffed inside a trash bag and thrown out like it was trash in the middle of the road. How could anyone be so cruel and disgusting she wondered.

Still running late to work, she did the only thing that she really could at that point and took the puppy with her.  He sat on her lap while she drove and when she arrived, she brought him inside with her. Thankfully no one seemed to mind the puppy being at school that day.  In fact, a guidance counsellor who loves animals took him to visit a 2nd grade classroom and all the kids loved the little guy and doted on him.

Meanwhile, Malissa had called her son to come and pick the puppy up.  They brought him to the vet to make sure he wasn’t hurt in any way and up to date on all his shots.  After he got a clean bill of health they took him home and decided to keep him. As for whoever cruelly tied him up and abandoned him in the road, the cops are investigating and looking for them.

In the end, the approximately 8 week old puppy was named Hefty, after the bag he was found in, and is doing well.  He’s playful, happy, grateful, loving, and spoiled by his new family who are thrilled to have him with them. It seems that fate had already fell into place that morning when Malissa spotted the bag in the road, and Hefty was destined to be part of her life.