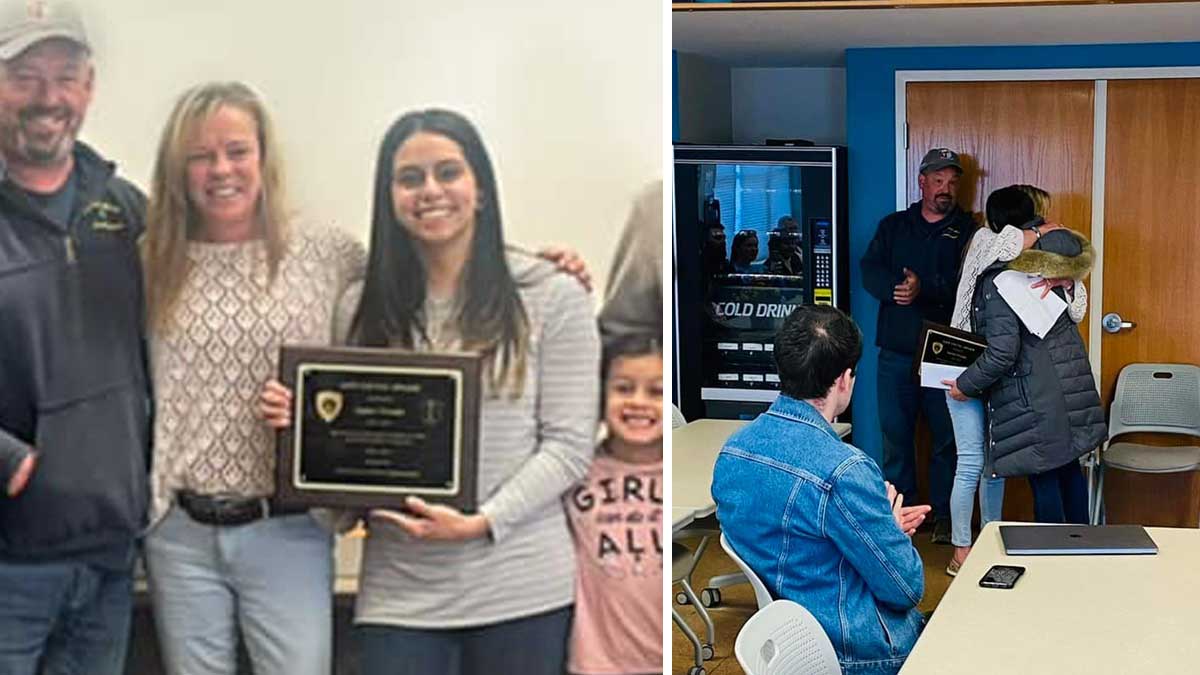 Caryn Herbert Sullivan had ordered a pizza from DoorDash on a usual Friday evening on February 11th. The driver that accepted the package was Sophia Furtado. The location was on West Island Fairhaven, some 20 miles southeast of Fall River.

When Furtado arrived at the delivery address about 10 p.m., she was in for the surprise of her life.

She found Sullivan sprawled across the ground in front of her house when she arrived. Her head had been severely injured and was leaking blood. Fortunately for Sullivan, Furtado was not your average DoorDash delivery woman; she had previously trained as an EMT.

Furtado assessed how thick Sullivan’s blood had become right away. Sullivan had been in that state for at least 15 minutes, she concluded. Then Furtado tried everything she could in a few frenzied moments.

“Caryn was unresponsive, and her eyes started moving to the back of her head,” Furtado told CNN of the grave state she discovered Sullivan in. I thought I was about to lose her.”

Furtado yelled for aid, waking up Sullivan’s husband, Robert, who was asleep inside. She then asked him to get some supplies for her while she dialed 911. Furtado then spoke with the operator while administering first aid to Sullivan.

Furtado, according to Jillian Jodoin of the Fairhaven Police Department, worked as part of their team at the time. Jillian had asked Furtado if she could keep Sullivan’s neck in a secure position. Furtado merely stated that she has no plans to abandon her.

Sullivan was cared for by the DoorDash delivery woman until medics arrived and transported her to the hospital. The hospital took two weeks to ultimately discharge Sullivan. She had experienced two major brain bleeds. Because the situation was so severe, her husband and daughter had to wait until 2 a.m. to find out if Sullivan would survive.

Sullivan had already sustained an arm injury when the incident occurred. Her knee was also bothering her. She had been standing outside waiting for the DoorDash delivery that night. Her knee and arm, though, gave out as she turned. Sullivan banged her head as she fell. She only recalled resting on her driveway after that, thinking about how it was the end.

Sullivan wasn’t allowed to return home until March. Even back then, she couldn’t drive, write, or even walk. Doctors assured her she had fully recovered by the end of March. Sullivan, on the other hand, is still dealing with some changes, such as losing more than half of her hearing. She can, however, drive short distances.

Sullivan is grateful to have met her “guardian angel,” Furtado, through this horrible period. Since then, their families have met, and Sullivan gave Furtado’s two children Easter gifts.

Furtado’s bravery was also honored by DoorDash, which gave her a $1,000 educational scholarship. DoorDash, according to a representative, is still appreciative for Furtado’s crucial and heroic action. As a result, they felt privileged to be able to express their gratitude to her.

Fairhaven Police also presented Furtado with a lifesaving award. Furtado, for one, thought the prizes were a nice surprise. She stated that she would do anything for anyone.

She had failed the national selection exam despite having undergone EMT training. In January, she returned to work as a DoorDash delivery driver. She now intends to return to EMT school once she has secured her family’s financial situation. Furtado and Sullivan, of course, keep meeting for as long as they can.