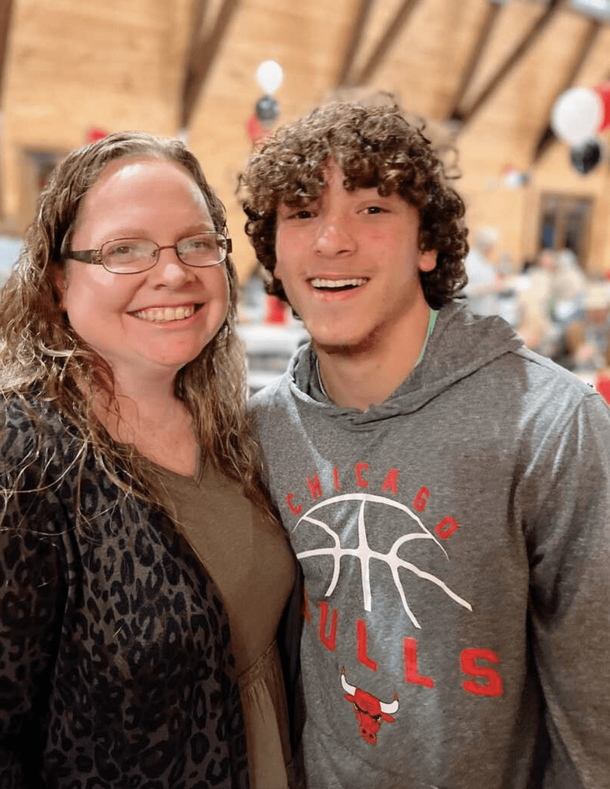 Being a parent doesn’t always mean birthing a child, it can come in numerous ways. Whether you are fostering children or you decide to go ahead and adopt.

When traditional motherhood did not work out for Charity Newman, she decided to go ahead and try a different route…

Charity Newman, always dreamt of motherhood. She even had the name for a daughter picked out and often imagined what she would do with her daughter, she said in a submission to Love What Matters.

But after years of waiting, nothing happened. But she still wanted to make a difference in the lives of children and then had an idea on how to do it; she would foster.

She asked her husband but he didn’t agree. A few years later, her husband came around to the idea of fostering himself. Her husband said to her, “I’m ready. When are the next classes?” she tells Love What Matters.

The couple was licensed within a year and were ready for business. Charity got the news while she was sitting in a Cheesecake Factory in Atlanta, Georgia. She couldn’t wait to be a foster mother, infact she got a call the very next day to foster a teenager but had to decline because she was busy.
Slowly but surely Charity’s house filled up with little boys. Two brothers aged 10 and 12 spent some time with her. She even began a friendship with their mom and felt the boys would reunite with their mother sooner.

Soon after a 14-year-old named Andre moved in, he told Charity that he would never call her mom because it was not a good word for him. Overall, Charity fostered 13 kids full-time from 2019 when she became a foster parent.

In her personal life however, things were not great. She told Love What Matters, how her marriage was basically over and the couple filed for divorce very ambicably.

Andre remained with her and she decided to adopt him. The adoption went through on April 27, 2021 when Charity turned 32 years old. Andre now even calls her mom.

“He has the most beautiful freckles that spread across the sweetest cheeks I’ve ever kissed. I tuck him in every night and snuggle him on Sunday afternoons during Netflix binges (because teenagers do not get up on Saturday mornings for cartoons). He gives the best hugs and I am the proudest mom. Because he is mine and I am his. And to us, our family is perfect. He is my dream come true,” tells Love What Matters.

The mother-son duo now live in a two bedroom apartment with their two dogs. While Charity does not foster anymore, she helps out any local foster families who might be overwhelmed every now and then and Andre is always happy to share his room.

Andre has entered his senior year in highschool while Charity teaches 5th grade. Both mother and son plan on making memories that will last a life time for them!